"To let it all flow through me…the mind and spirit goes and the tool walks alone, I become the simple vehicle within which the creative source conveys its sacred, inner being. To be in the constant flow and rhythm of the dance is my true ambition and desire."

Born in 1947, Osbone always fell to fascination with the "wild" side of life and the world of nature and spirit. He drew what he felt. During high school years, he won a scholarship from the Art Instruction School of Minneapolis and entered a home schooling course. This was furthered when he was trained at New England School of Art in Boston. He recalls wonderful instructors who were all painters from the Gloucester School of Painting and taught Leo about the "finer" side of art even though he was taking a course in commercial illustration. Returning home each day from the city, he would join with his neighbor David Carroll and wife Laurette. David had taken the position of the high school art teacher. Leo feels that he could not have experienced a better mentor than David with whom he spent hours drawing, listening to public radio, writing poetry, playing wiffle ball and drinking Guinness Stout. As a teenager and budding young artist, these were powerful moments in time.

Early showings of Osborne's paintings were seen around Cape Cod, where he spent many summers working and surfing. He recalls that around 1968 he was the guiding force behind an art event in Pembroke that they called the Pauper's Art Festival. Moving to the Maine Coast in 1970, he "dropped out" in order to live in the woods, 2 miles from pavement. In the years to come he worked a short stint at Sears, actually selling auto parts {unbelievable} and later to work in the fish industry and then as a shepherd of 300 sheep and to put pin stripping on autos. He began painting signs to make money and then to carve them in 1974 when his daughter Rachel was born. Thus began the evolution into his bird carving period where he showed throughout North America and won many of his numerous and prestigious awards. In 1990 he moved to the beautiful Pacific Northwest and furthered his interest in bronze sculpture and has since produced many works. He is found often at the foundry overseeing new pieces and working with his favorite patineur and friend Tim Norman.

In 2002, Leo and Jane Lane moved into a new location on Guemes Island in the San Juan Islands of Washington State. Captivated by the love and joyful spirit of this island, they have together co-created MILKWOOD STUDIO & HOME GALLERY. This cottage by the sea is now referred to as "a living museum". The studio, sculpture gardens, home and guest cottage are fused together as one entity. There is no separation says Leo, as this spiritually creative journey of his and Jane's encompasses all aspects of being in the moment.

Leo continues to investigate many mediums and potentialities in art, as with his paintings, which he refers to as "acrylusion", the fusion of acrylic paint over gold leaf gilded panels. He refuses to get locked into a niche and play the same tune over and over. He has always been a sort of rebel. His philosophy is that ART transcends all borders and boundaries. Each creation of our hands comes from the heart and mind and reflects the creative spirit and energy of the Universal Maker. Therefore, we must honor it as sacred. As caretakers of this planet, we must in all hospitality and with consciousness leave this life having given back something of beauty. We must be led by spirit and like so many artists prior, we are storytellers of our time. Painting and sculpture are rhythm, musical form, mood, feeling, the jazz and the energy within. Release that from wood or with paint and the story unfolds.

The artist is the instrument for release. The mind moves and the tool walks on its own. Become one with the tool, one with the medium, blend, move together, feel the music and feel life. 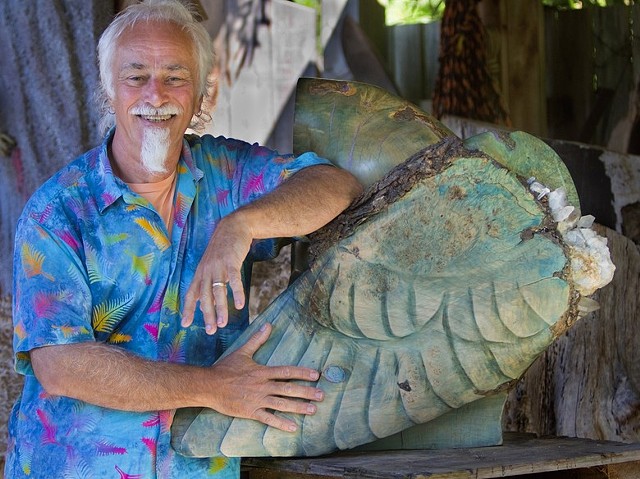 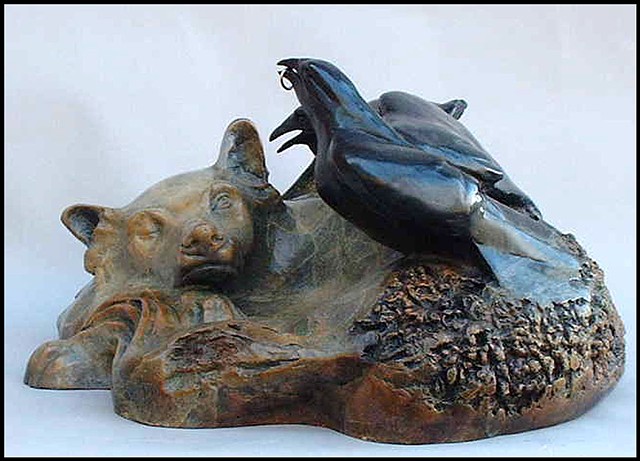 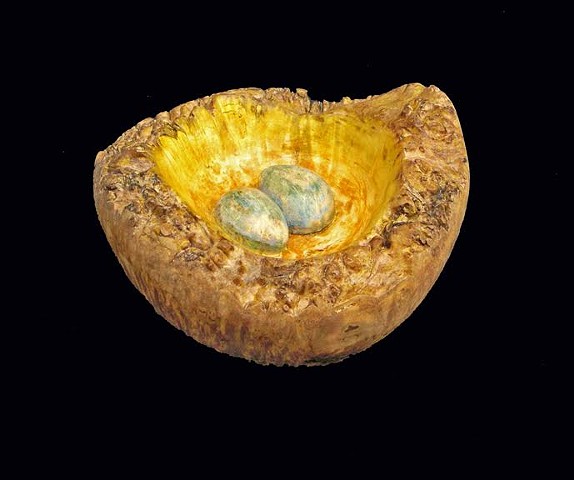 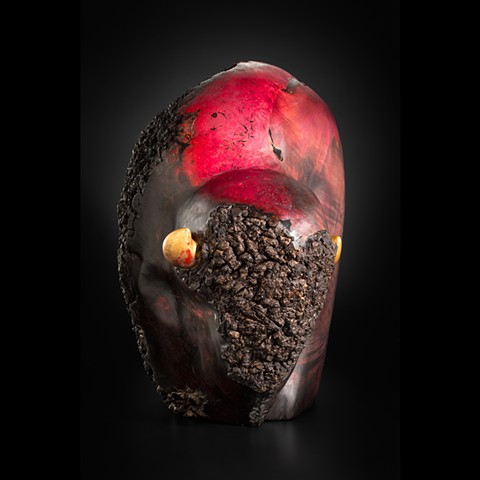 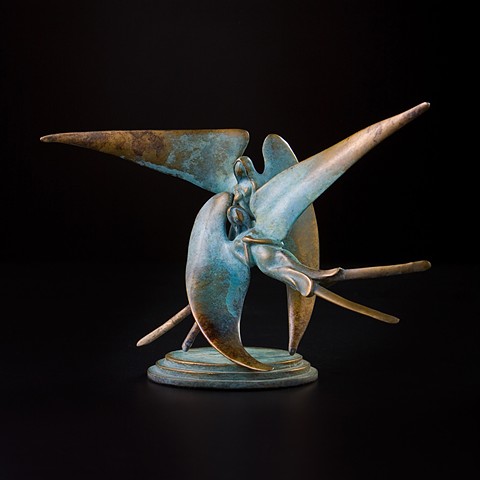 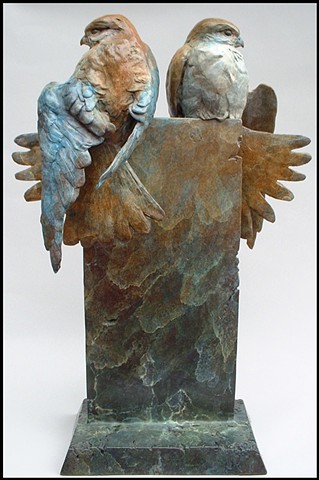 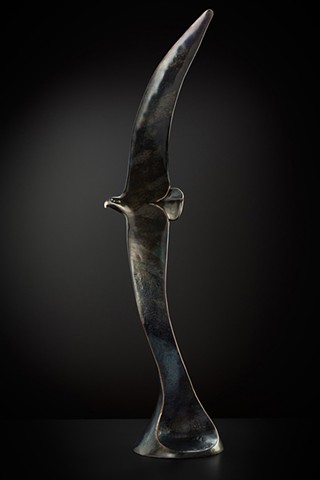 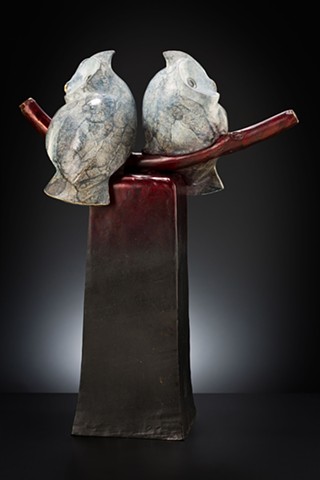 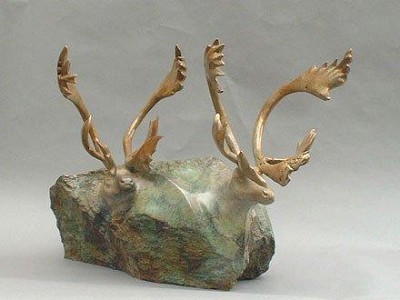 "Emerging from the Tundra"
Bronze 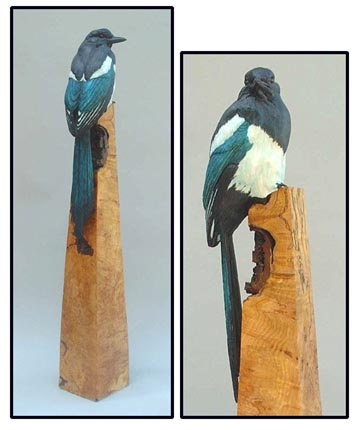 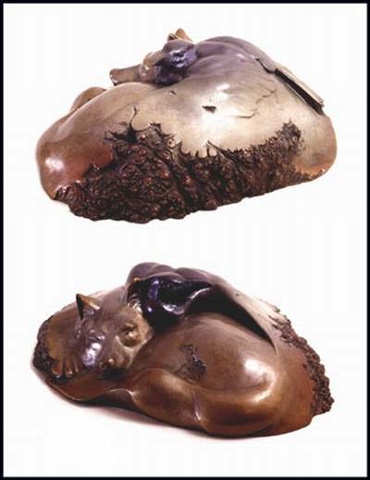 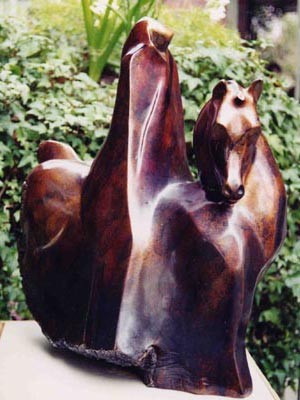 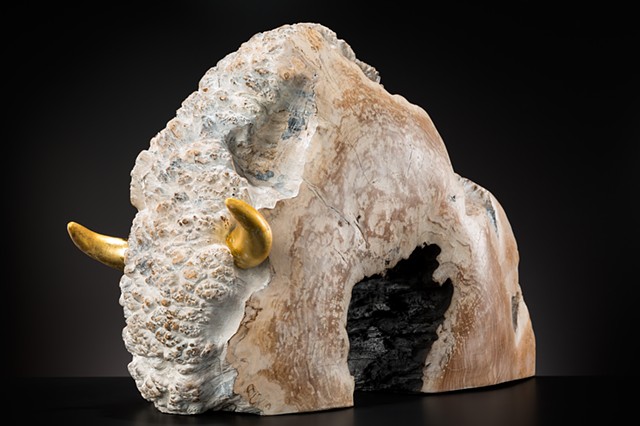 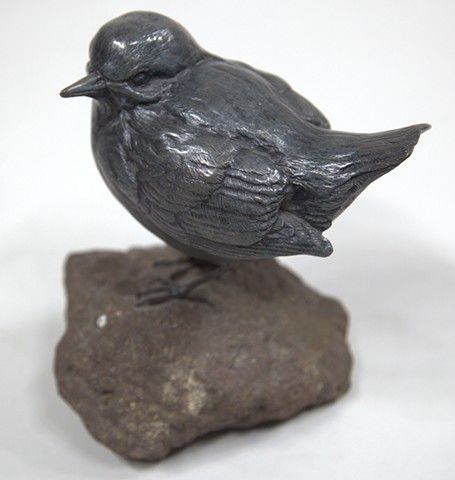 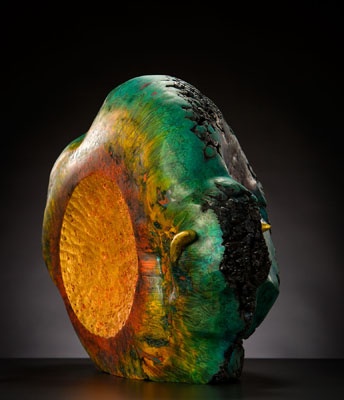 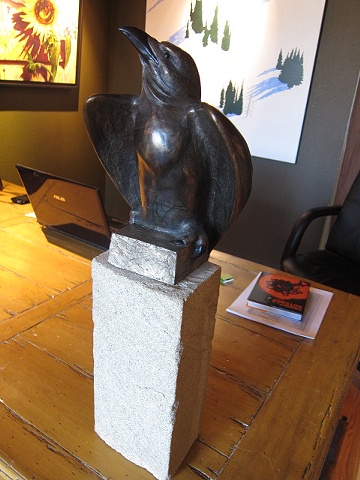 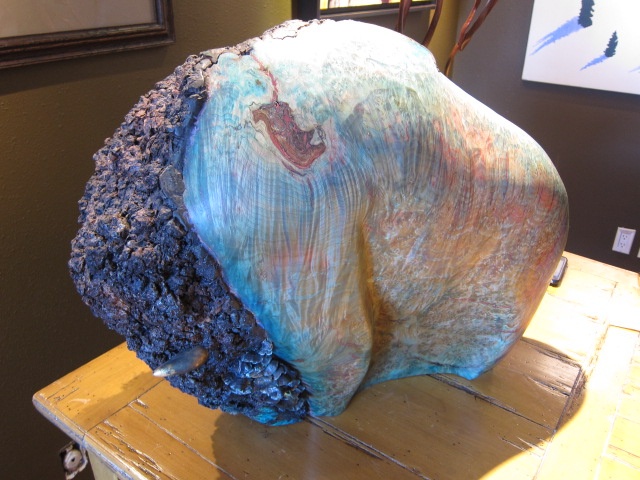