With a father in the Air Force, she moved periodically during childhood, eventually starting college at the University of Evansville in Indiana. During her sophomore year, Melanie spent a semester studying painting at the Lorenzo, d’Medici Academy in Florence, Italy. After that she returned to the states and graduated in 1998 with a Bachelor of Fine Arts from Arizona State University. While still in school at ASU, Melanie found her way into the company of the House Studios, a notoriously unconventional art collective in downtown Phoenix. This also led to being represented in her first gallery, Art One Gallery in Scottsdale, AZ.

As a means to explore the body as a form of expression, and also support her painting career, Melanie ventured on to apprentice and tattoo at Clan Tatu in Tempe, AZ. Wishing to be fully involved in the tattoo community, Melanie has attended and tattooed at many conventions including at the Women’s Tattoo Convention in Orlando, Florida, the infamous Inkslinger’s Ball in Hollywood, CA and the International Tribal Convention in Borneo, Malaysia.

In 2003 Melanie started twentynine31, an experimental art space in Phoenix, AZ. Twentynine31 is Corradi’s resident gallery designed to support her concept of communication during the process of creation.

The scent of linseed hangs sweet. The air is excited by too many lights focused in one spot. An endless arrangement of color swirls in front of my hand and quickens my heart. A glowing white rectangle of cloth in front of me is infinite possibility. The smell of a new taste. Enchantment of sound. The color of touch. Embarrassing encounters. Intuition. Consideration. Perspective in relation to situation. Investigation results in action. Paint chronicles thought.

The basic motion of applying color to a surface is a stream that trickles down through my thoughts, experience, and excitement over every possible outcome. Art resides in the act of exploration. Every color poses a question. Every stroke answers with another. The honesty of art attracts me. No amount of technique can mask the reality of my own personal awkwardness. No amount of passion hides lack of contemplation, or vice versa. Even if I try to hide that which I consider to be my faults, that falsity hangs on the wall for all to see. Reality states that others will encounter each piece exactly as it is when I am done with it. All will inevitably be viewed through the eyes of time. The no longer pristine canvas is now a permanent record of not only everything I am investigating, but also everything I am ignoring.

The thoughts of one woman for one moment. 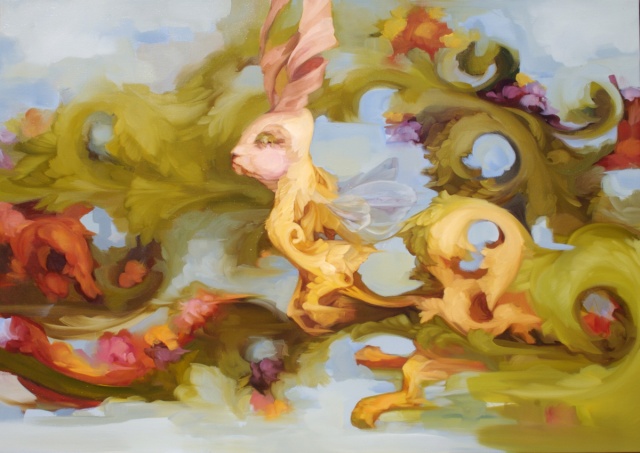 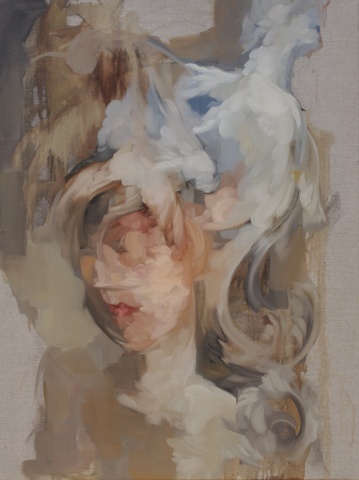