All of Johns original forms are carved in stone using saws, grinders, files and finally hand sanding each piece five times to arrive at a 600 grit finish. He is currently working with with soapstone and alabaster in a collaborative effort with his son Sky. They are deepening their creative processes while exploring the beauty of "Pure Form" and the Essence of Simplicity.

Artist Statement After twenty five years as a designer, I felt a 'deepening' and a need to acknowledge a stronger pull toward stone. I was mystified by what seemed to be a pregnancy, something waiting to be revealed in each rock. I began to experience an organic process of simultaneous ascension and descension. There was the exhilaration of the new adventure. And there was the movement down inside myself, feelings of frustration and inadequacy as I began to touch the unknown. What began as an exploration into stillness and simplicity evolved into what I have observed to be an interface between the creative and the sacred. From the obviousness of the Sanctuaries to the mystery of the Sacred Symbols the work reflects the healing of the creative process. In this exploration, spontaneity and trust became the creation, the stone became the vehicle. I was the viewer, observing that with a single edge revealed or even a complete penetration of the stone, the passion directing me would fade and disappear - the stone laid aside for months or sometimes years of gestation, challenging my old ideas of doing and productivity. Descending into the discomfort of slowness and waiting, silence spoke and the not doing began to reveal immense accomplishments. A veritable parade of archetypes - the lovers and the warriors - sprang up inside me. These images coming through that speak of who we are collectively, draw in light to those places often left in the shadows. The greatest blessings of this work come from connecting to others who also feel that our passion and where we go inside ourselves with what we do in the world is vital to the survival of the soul. 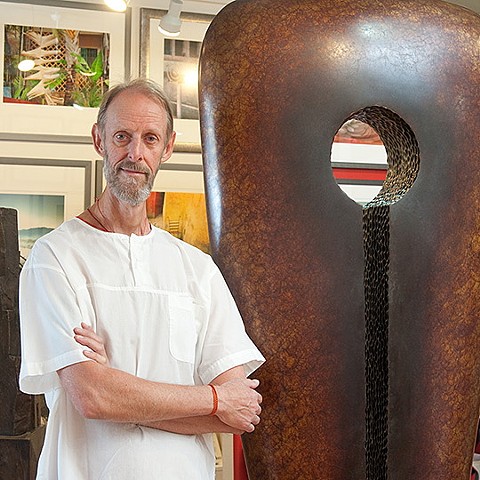 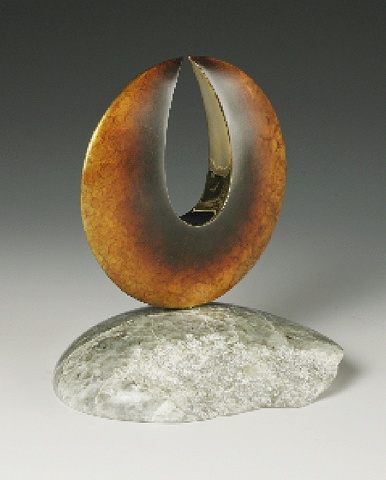 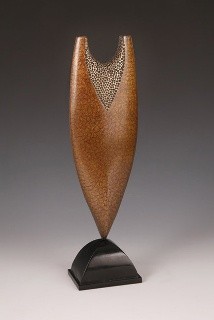 "Guardian of the Heart" 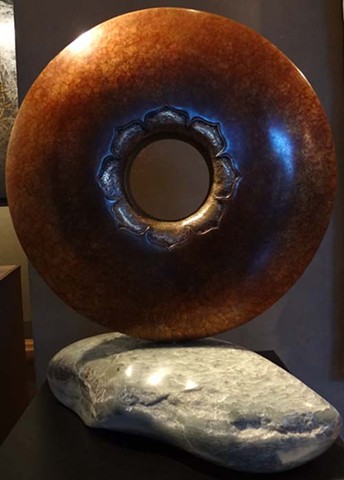 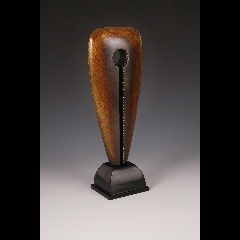 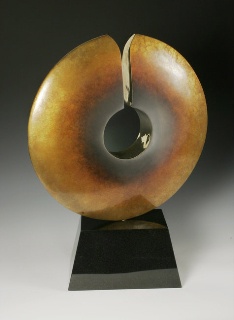 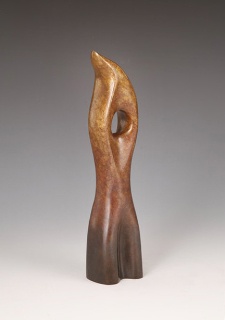 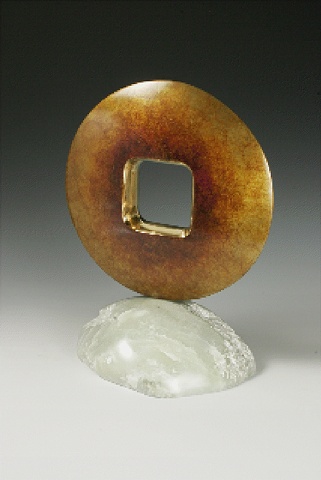 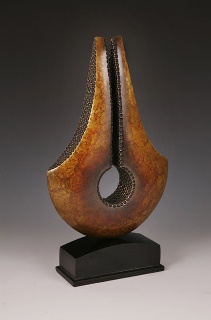 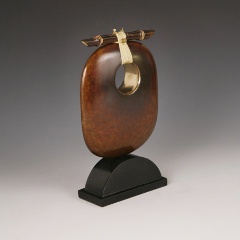