Represented in galleries and museums worldwide, he was one of 16 children. His mother is a traditional Navajo rug weaver from the Bitter Water Clan and his father was a medicine man born to the Salt Clan. Shonto grew up herding sheep in Kletha Valley, located in Shonto, Arizona. His acrylic paintings are done in a series of small brush strokes that repeat like the words of a traditional Navajo blessing prayer. Images harken heartfelt childhood memories and resonate the constant struggle for balance and harmony with humankind and the Earth.

Shonto’s traditional life of sustainability and prayer helped him endure the brutality of the U.S. government boarding school he was forced to attend as a child away from the loving family sheep camp he was asked to forget. Shonto speaks to audiences of all ages about inspiration and the importance of education and embracing cultural backgrounds. He is made his film debut as the character Cowboy in the Native-produced Monster Slayer Project–a movie about the Hero Twins, key characters in the Dineh’s origin story. A true storyteller, Shonto written and illustrated several books for Scholastic publishers and others.

Shonto’s art has been exhibited in solo shows at the Museum of Northern Arizona, Arizona State Museum, Utah Museum of Fine Arts, The Wheelwright Museum of the American Indian in Santa Fe, the American Indian Contemporary Arts Museum in San Francisco and Phoenix Art Museum. Shonto attended Bureau of Indian Affairs boarding schools all over the Navajo Reservation and high school in Kayenta. He received an Associates of Fine Art degree at the Institute of American Indian Arts in Santa Fe, and a Bachelor of Fine Arts degree from California College of Arts and Crafts. He worked a decade in the 1980s as a National Park Service ranger at Grand Teton National Park in Wyoming and Navajo National Monument in Arizona. In 2017, became an Artist in Residence for the Honors Program at Northern Arizona University, where he teaches culture and painting while camping with students on the reservation.

Shonto Begay’s work may be found in more than fifty galleries and museums, including the Wheelwright Museum of the American Indian in Santa Fe, the American Contemporary Arts Museum in San Francisco, the Phoenix Art Museum and the Museum of Northern Arizona in Flagstaff.

Shonto began received a Bachelors of Fine Arts from the California College of Arts and Crafts. The artist then worked as a National Park Service Ranger at Grand Teton National Park in Wyoming and the Navajo National Monument in Arizona before becoming a professional artist in 1983.

Artist’s Statement "My message is simple: build bridges through the arts and stories of your culture. Validate and share these visions and voices. Celebrate your personal identity through the arts…I am as much a student as I am a teacher.” 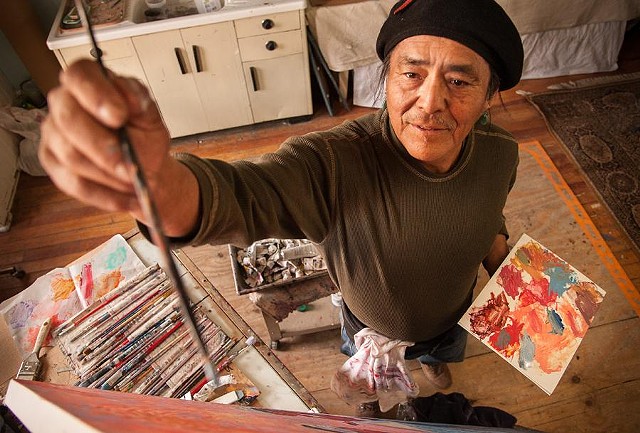 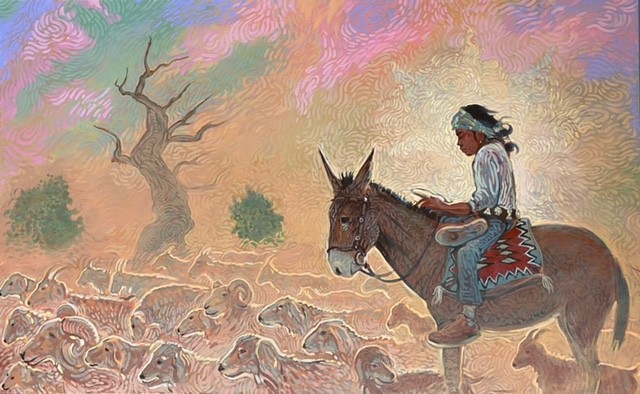 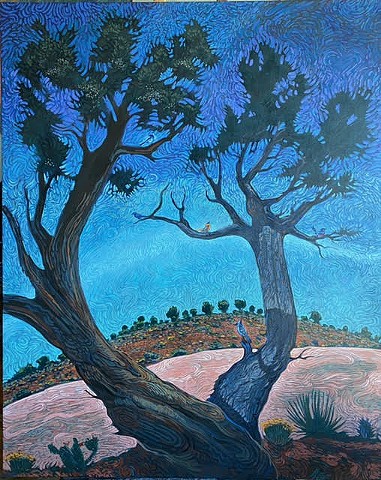 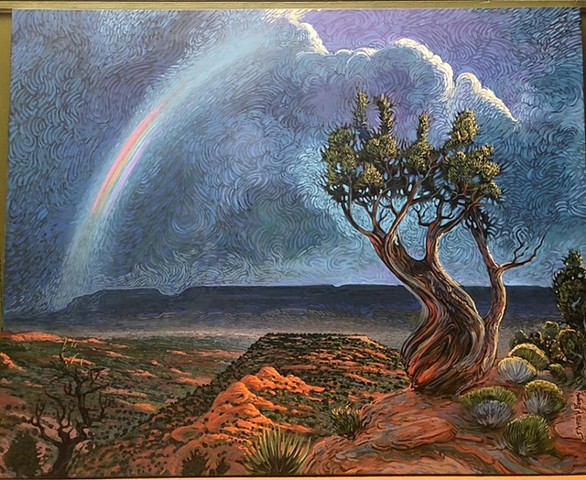 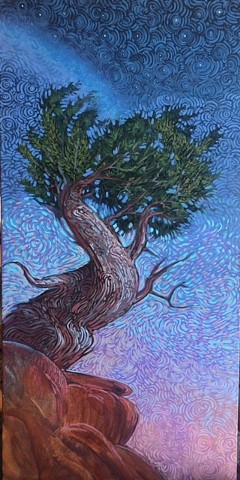 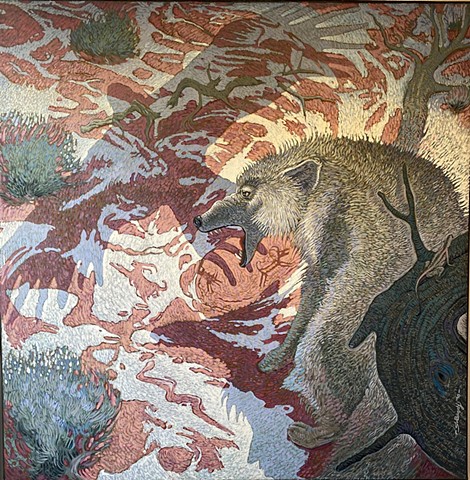 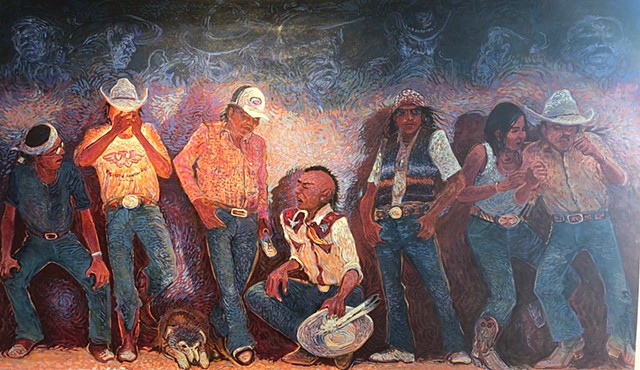 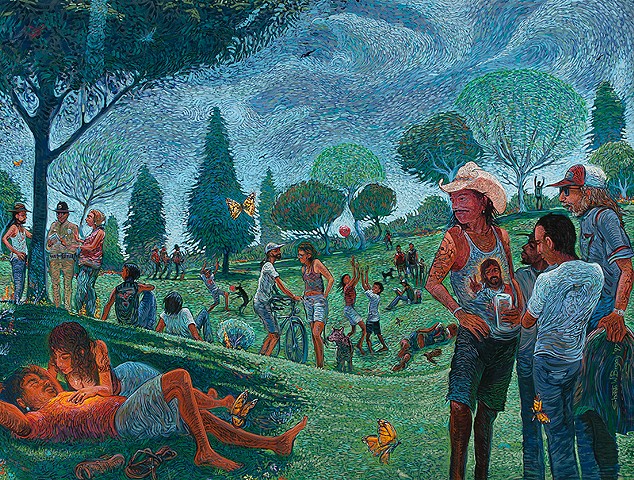 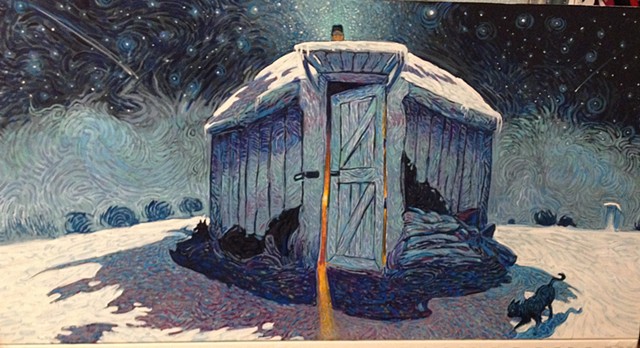 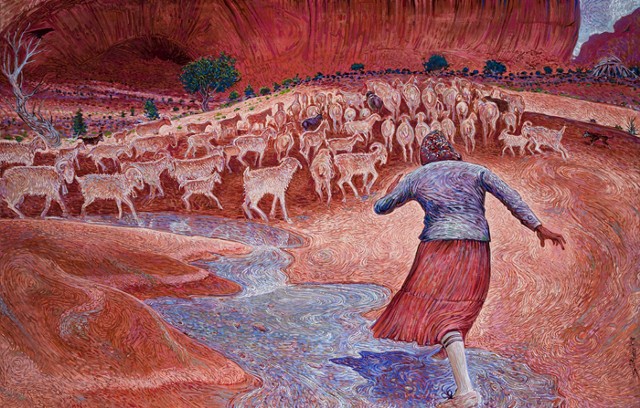 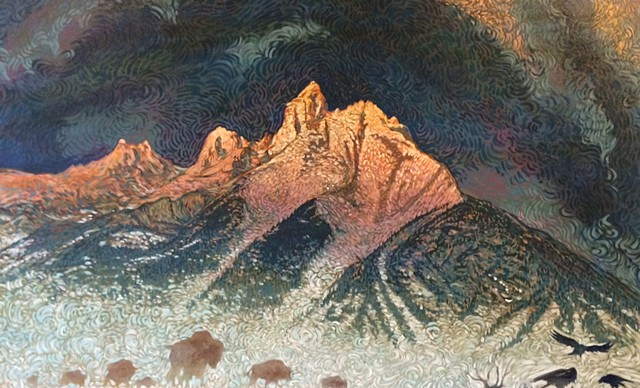 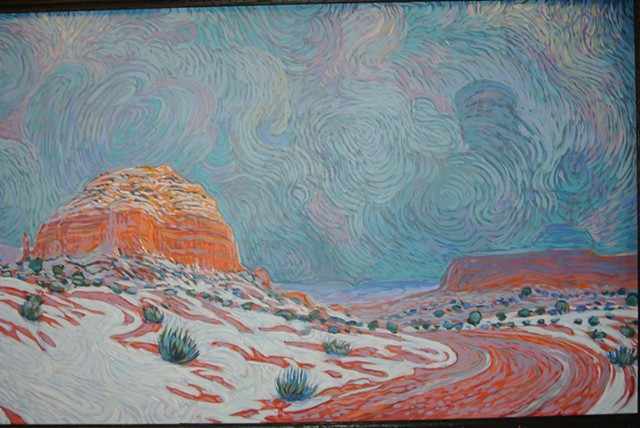 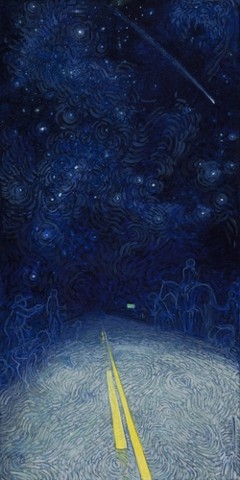 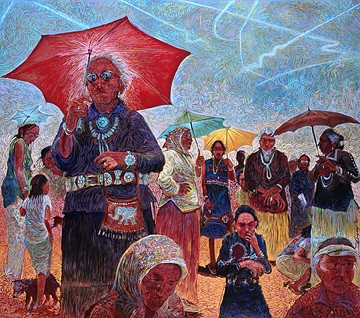