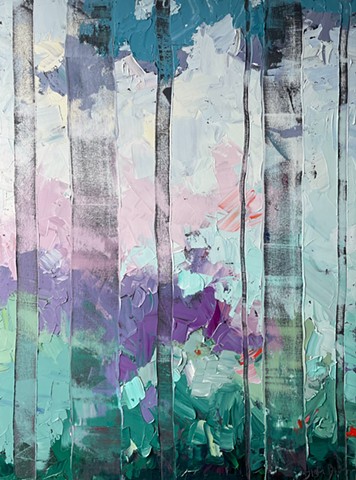 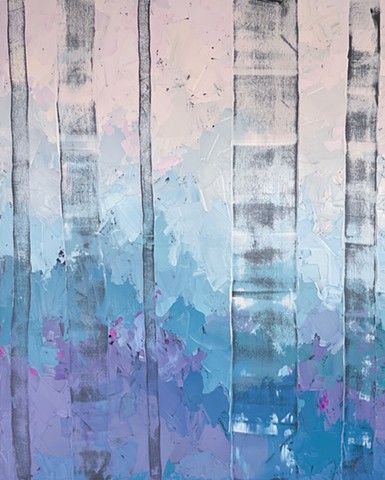 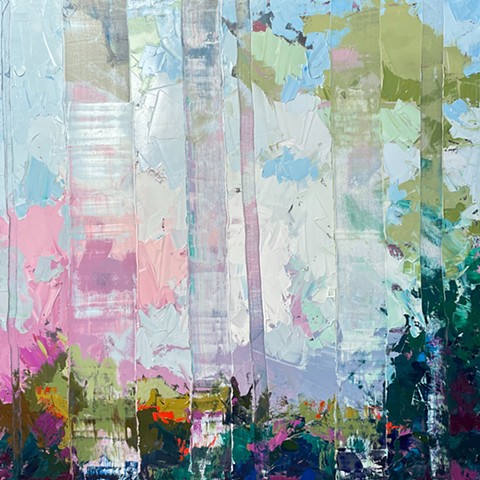 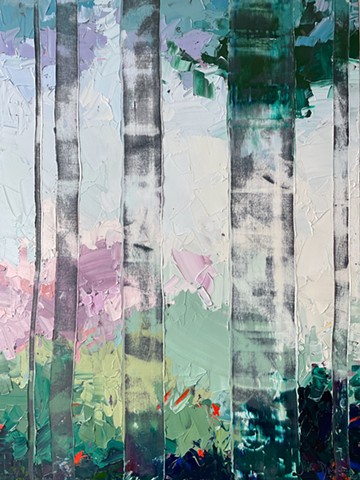 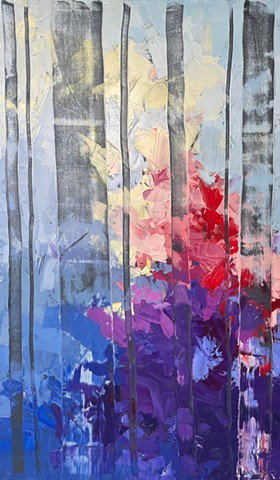 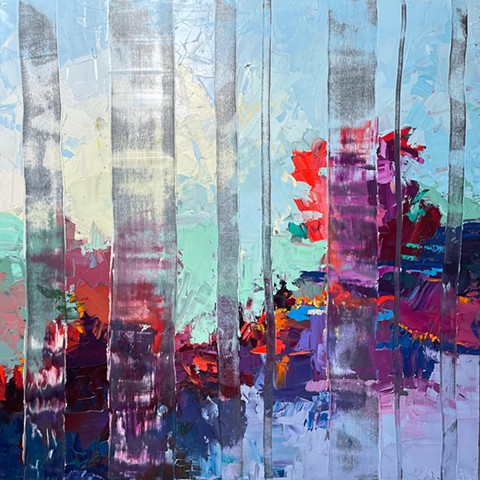 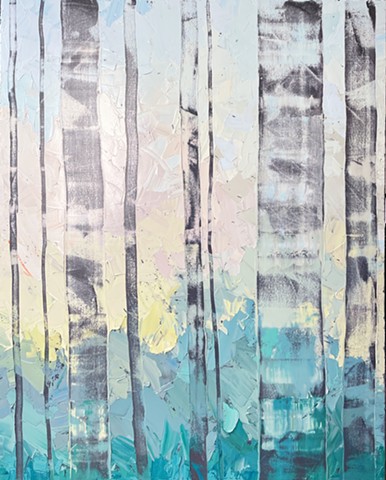 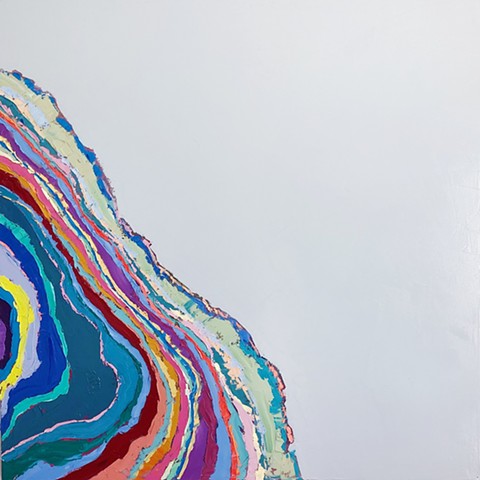 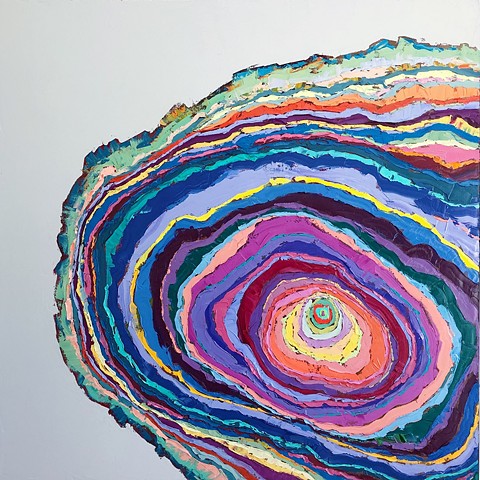 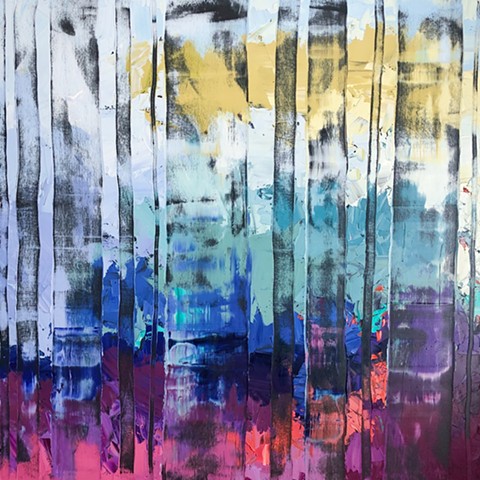 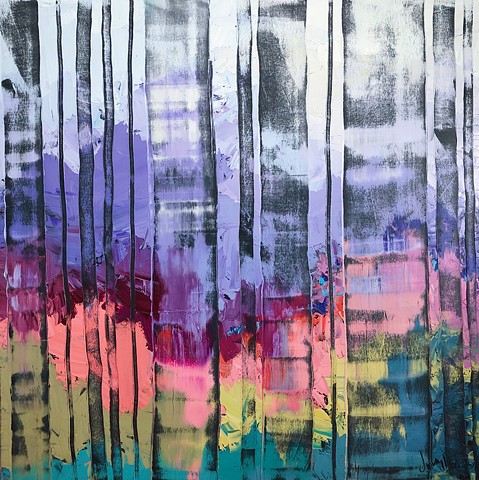 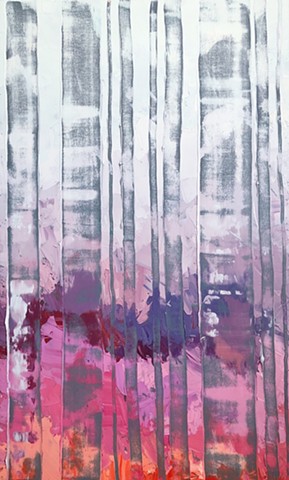 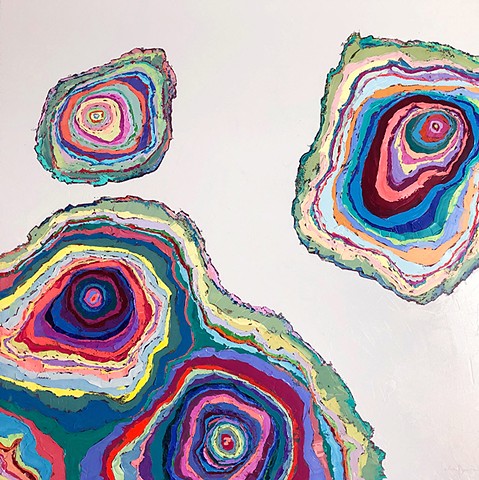 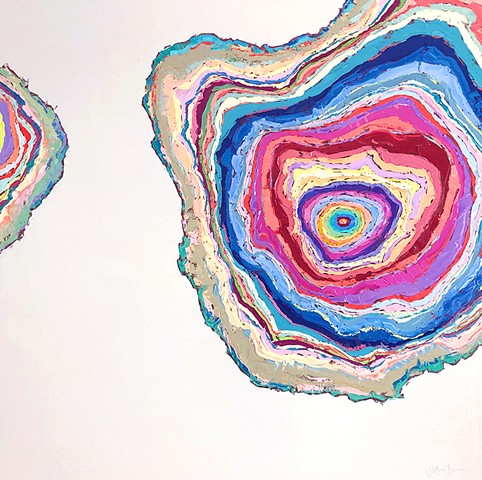 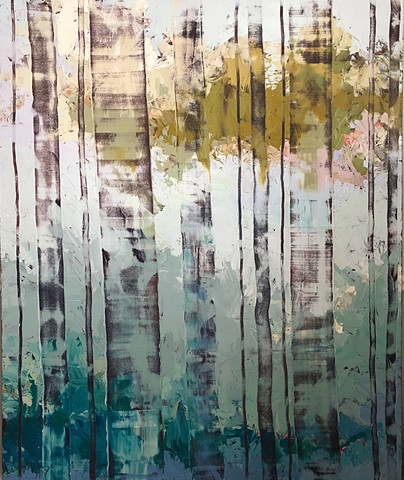 Color and texture are not mediums, however, they act as an interface between the medium (paint) and the viewer. The viewer brings to the artwork perhaps its most important elements; mood, feeling and thought. Through the medium of painting; color and

texture are able to affect, manipulate, uplift, and experiment with the way in which an audience views the world around them. Painting holds the power to represent the world as we understand it, as well as the ability to be projective and to propose new worlds and possibilities. My work is an intense undertaking in the exploration of the relationship between color and texture and the ability for these two elements to move between representation and abstraction; from scale to scale-less. Every decision leads to exploration and every move an experiment.

Bio Born in 1980, Jordan Daines has been devoted to painting from a young age winning both a Congressional Art Award and being named the National Art Education Association Student of the Year. She gained scholarship and graduated from the Caine College of the Arts and subsequently studied under Masri Haysaam in Florence Italy. Her work has been included in many group and solo shows, is currently held in private collections, and has appeared in numerous film and television productions including “Two Broke Girls” and the upcoming season of “Big Little Lies”. She has recently relocated to Park City, Utah from Los Angles where she spent the past decade being inspired by colorful pop urban culture as well as the visual beauty of the sun drenched landscape. Her varied work focuses on the relationship between color and texture which are applied, extracted and manipulated in a thick painterly style. As a master with the knife, this gives her work a distinctive effect of relief from the canvas adding a three dimensional quality to her paintings. The subjects of her work range from pop representation of mundane everyday items such as textiles, meat, sandwiches, hot dogs, lips, etc…. to abstracts where nothing more than color, texture and mood are the elements of her experimentation.