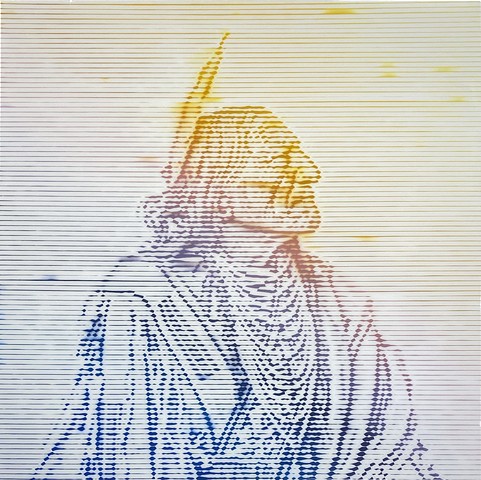 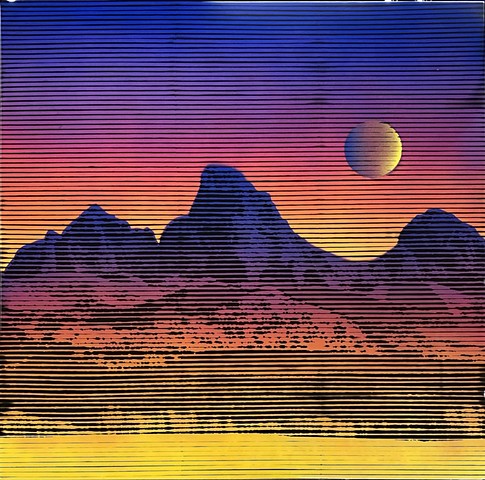 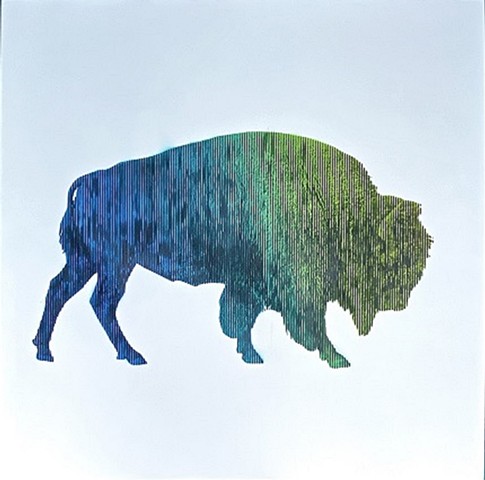 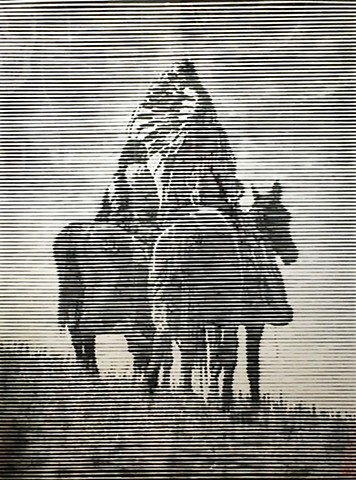 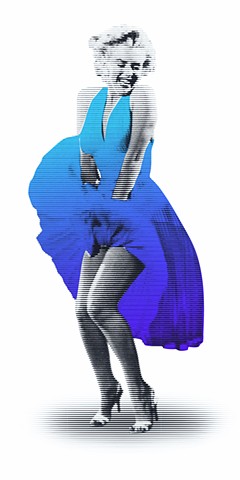 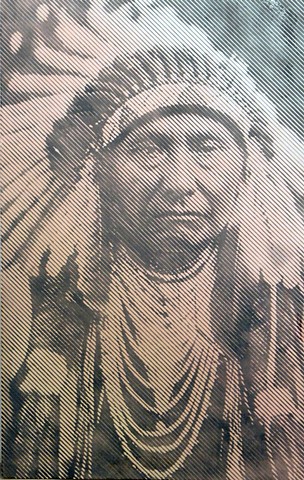 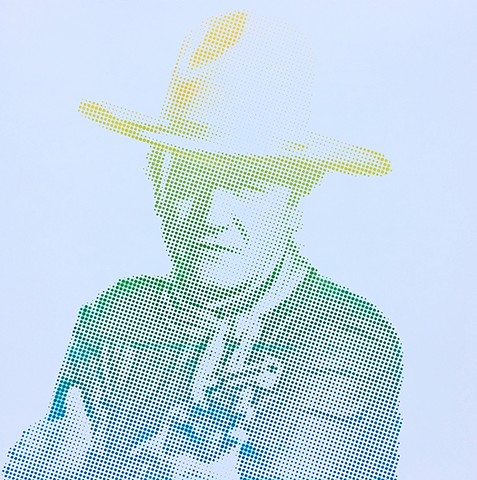 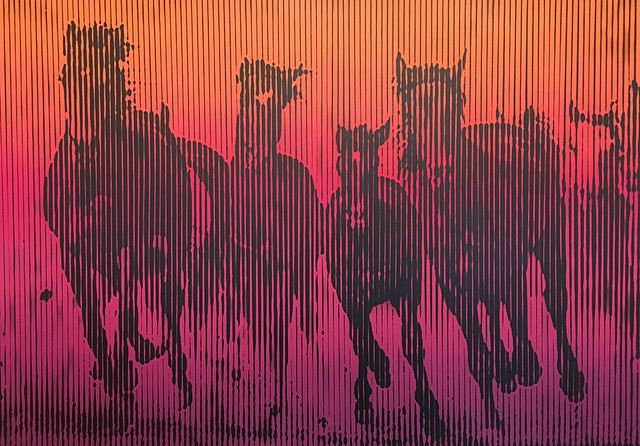 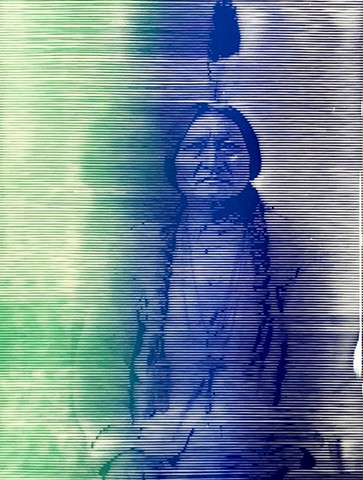 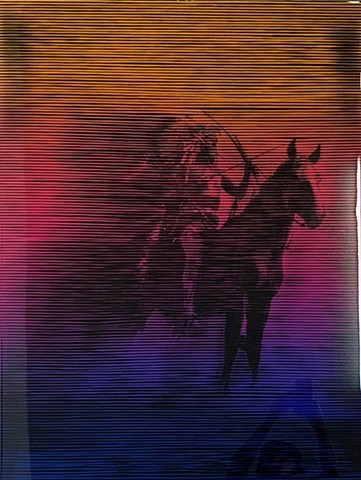 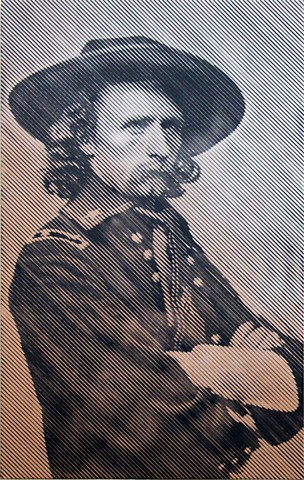 BIOGRAPHY Situated somewhere in between representation and abstraction sit the mesmerizing works of artist Rudi Broschofsky. Often mistaken for screen-prints, his paintings are constructed entirely out of spray-paint. Generally this is accomplished through a painstaking process of creating meticulous stencils with an X-Acto knife. A typical stencil may take upwards of 40 hours to create and sometimes may only be used once. From nearby the subject matter is nonrepresentational but with space the composition becomes unmistakable. While these paintings are characteristically exploding with color, the subject matter is neutral bold and powerful.

Although Rudi’s educational path does not lead to the arts, it did play a pivotal role in his style and his artwork as a whole. Rudi graduated from SDSU in 2005 with a degree in business finance. “I like finance because it makes sense to me- numbers go into a calculation and numbers come out, it is logical and can be proven and checked”, he says. His painting process relates to this in a sense, the creative process is like building an equation. Once the equation is in place, Rudi knows what the end result will look like if his process is carried out carefully and correctly. Unlike other artists, once his design is in place there is little creative freedom or room to change what the final product will be.

Rudi’s art is unquestionably influenced by his upbringing and art has continually played a key role in his life. Rudi was raised in a gallery setting with his parents opening a western art gallery when he was 5. Growing up surrounded by a variety of western masters ranging from Edward Curtis’s iconic turn of the century photographs all the way to Andy Warhol’s Cowboys and Indians pop art had a large impact on the subject matter that he chooses to focus on. While much of the art that has influenced him is traditional western art, his style also incorporates an entirely different genre of art that has worked its way into the fine-art world over the past decade, Urban Art. Through the use of intricate stencils, spray paint and resin, Rudi attempts to incorporate a modern look to an otherwise customary subject matter.