- grew up in Sarnen (OW) Switzerland

- became a classicly trained chef, worked in the hospitality industry for 24 years in Switzerland / Holland / Venezuela / Bermuda / Canada and on german cruiseships in Africa,Southeast Asia and Europe

- gave up his job as executive chef in 1998, painting and sculpting fulltime ever since STATEMENT:

I'M INTERESTED IN HISTORY,HOW TECHNOLOGY IS INTERWOVEN WITH NATURE, THE IMPACT WE HAVE ON THE ENVIRONMENT,THE TRACES AND SCARS WE LEAVE BEHIND AND THE ENERGY BEING REFLECTED BY THESE SCARS. I LIKE TO JUXTAPOSE PAST AND PRESENT,URBAN AND NONURBAN SYMBOLIZED BY THE NORTH AMERICAN BISON ON ONE SIDE AND RAILWAY TRACKS,OIL PUMPJACKS OR NEWSPAPER CLIPS ON THE OTHER.THE USE OF BLACK AND WHITE PHOTOGRAPHS LENDS A DOCUMENTARY KIND OF FEEL TO THE WORK 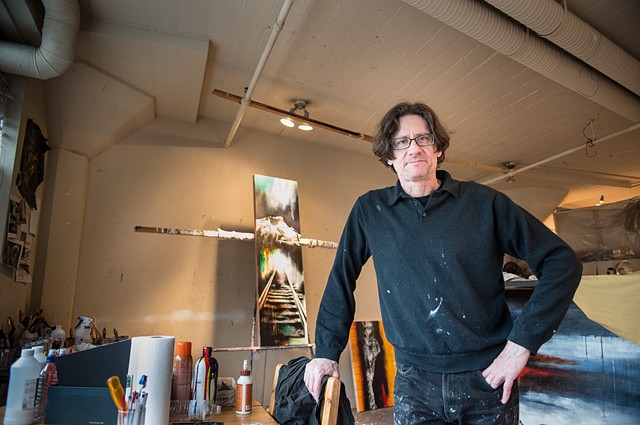 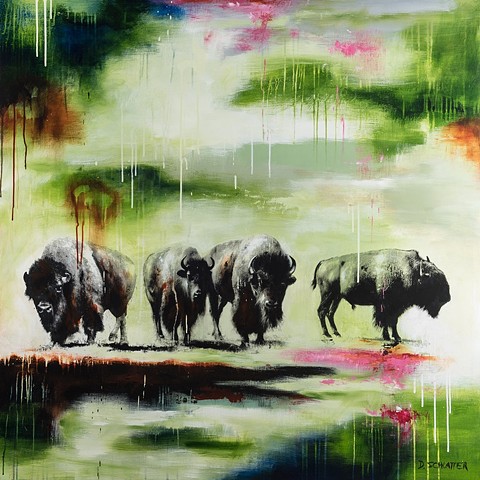 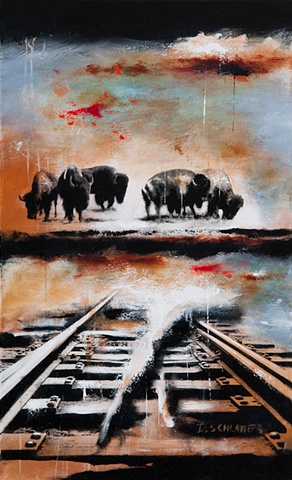 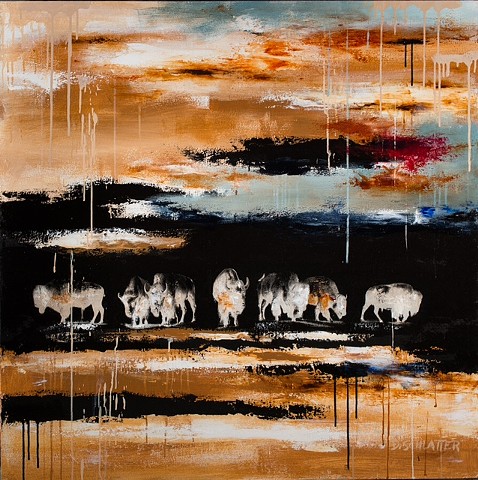 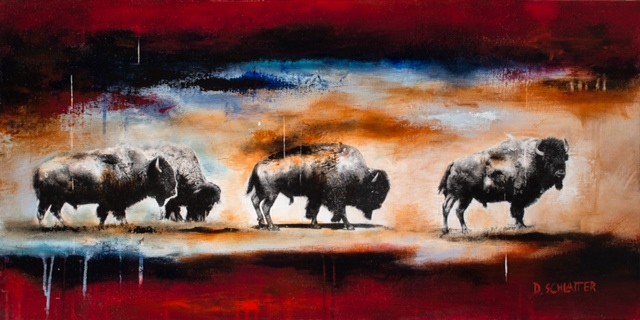 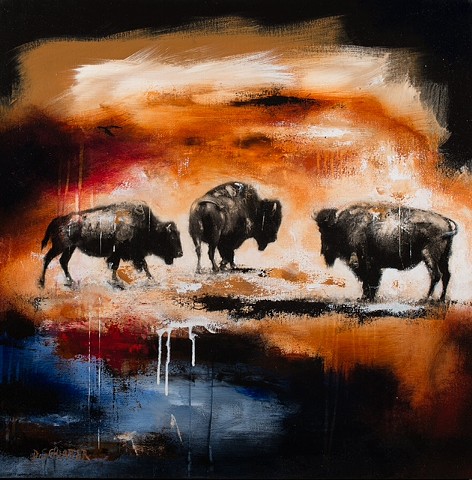 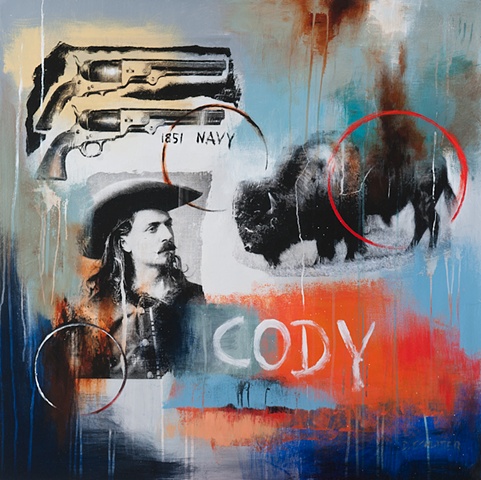 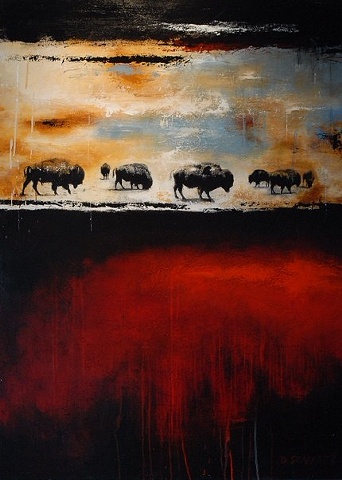 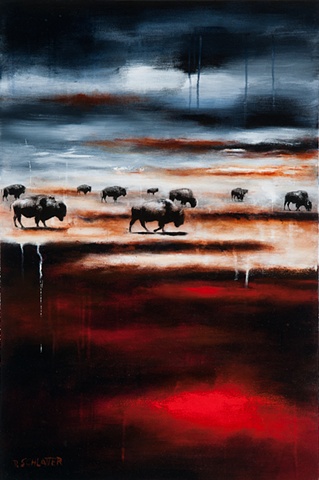 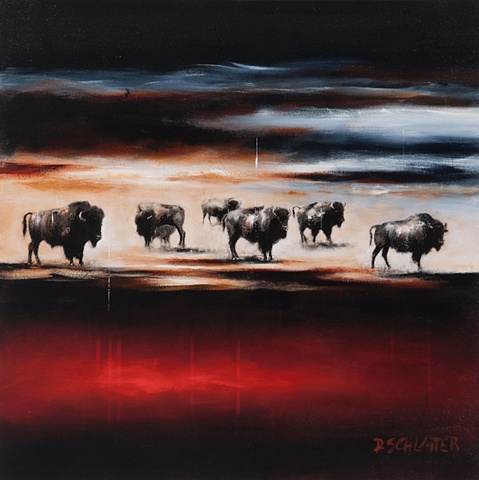 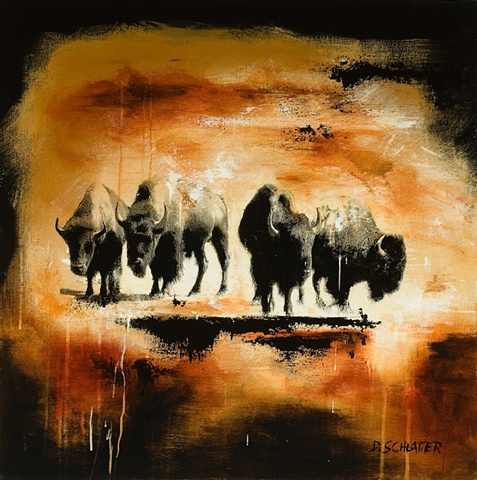 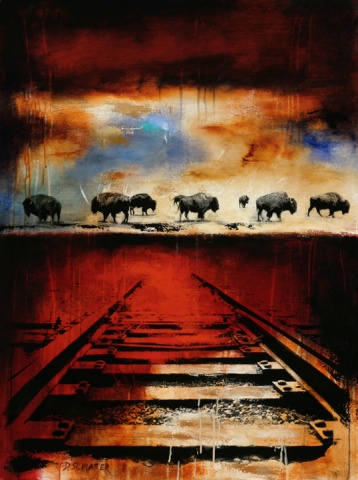 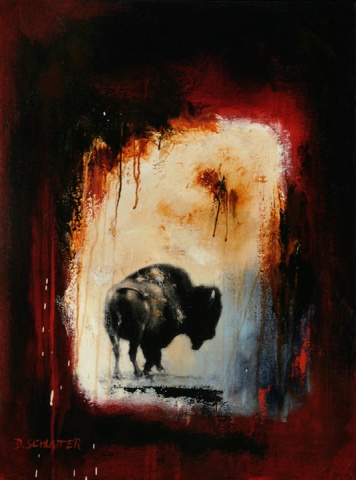 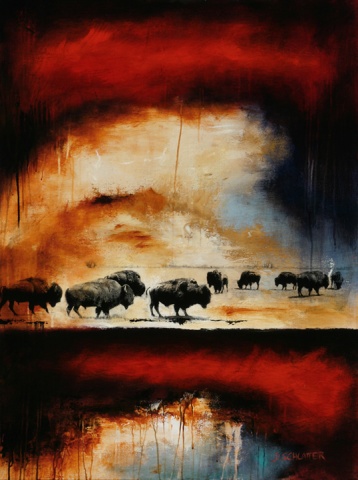 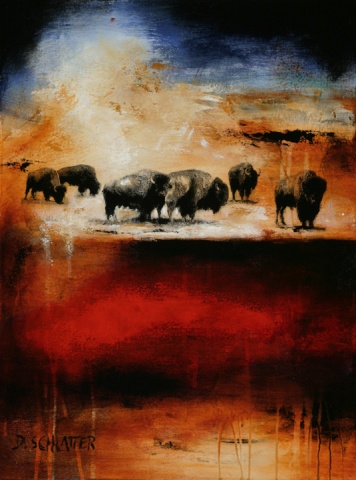