To see a video about Mark's work, please visit this link: www.youtube.com/watch?v=CRt402AQRI4.

Mark Yale Harris has exhibited his work in over 16 museums. He has won numerous awards including First Place, Elisabet Ney Museum Sculpture Show — Austin, Texas. His work is represented internationally by galleries and found in public and private collections throughout the world.

Mark was born in Buffalo, New York and spent hours as a child enthralled in his own artistic world- drawing, painting, doodling. He was honored with awards and scholarships for his art, but was encouraged to pursue a more conventional career, so he received a B.S.S. in 1961 from Ohio State University, and embarked upon a long and successful career in real estate and hotel development. Never abandoning his first love, Mark sold his company in 1996 to fulfill his dream of creating art full-time.

Although Mark had over a half-century of life experience, he was a novice at his craft, so he turned to an artist whose work he had collected and admired for years, Bill Prokopiof (Aleut, 1944-1999). In the spirit the nation's most recognized Native American artist and mentor, sculptor Allan Houser (Chiricahua Apache, 1915-1994), Prokopiof and sculptor Doug Hyde (Nez Perce), took him under their wings, generously sharing with him immense knowledge, talent, and artistic skill. Santa Fe had been home to Houser, Prokopiof, and Hyde, and he made it Marks as well in the late 1990s, splitting his time between Santa Fe and Austin, Texas.

The artistic passion that had existed just beneath the surface of Marks long-established business persona was finally able to present itself in tangible form. Mark used the invaluable experience of their mentorship, along with his own vision, to create an evolving body of work in alabaster, marble, limestone, and bronze, often combining different elements to bring forth a duality in the sculptures.

Purpose The purpose of my artwork is to provoke a perceptual, internal, and intellectual response for the viewer; a visual that speaks to life's experiences. To create symbols of universal connection and the relationship that one has to another and to nature.

Philosophy I enjoy the challenge of working with permanent and natural materials. Unlike other materials or mediums where one can add or delete, with natural material, one can only delete. The material often dictate to me the direction in which the design is supposed to head. It is my belief that as we go through life we can only create from that which we have, or are given. We cannot replace that which is lost or taken away or that which we never had. The ability to interpret and create beauty from that which we have is the challenge and the satisfaction I experience in creating my work.

As I work through the creative process of visualizing, drawing, or forming a maquette in clay, I utilize a sixth sense I feel through my hands. I am able to draw upon the subconscious of my experiences and, in-turn, interpret gesture, form, energy, pleasure and pain. Alternating between gesture and geometric form, depicting the contradiction we experience in nature, awakening in the viewer an appreciation of the duality in the world around us. 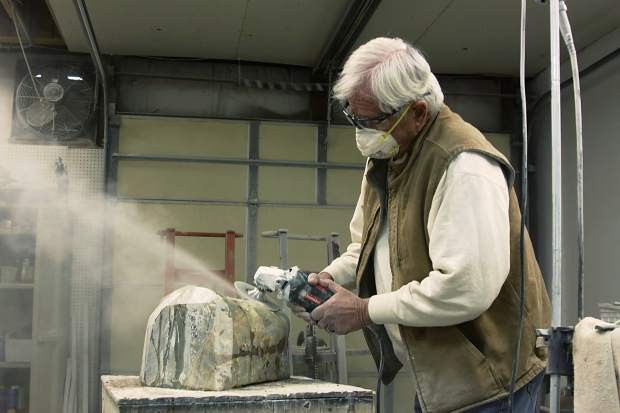 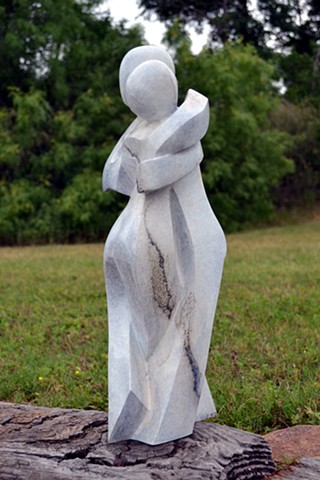 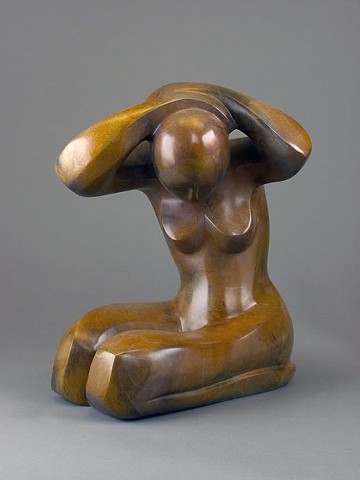 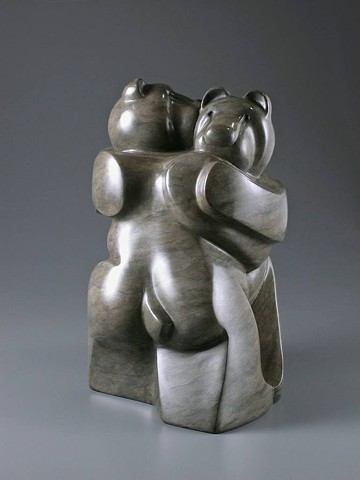 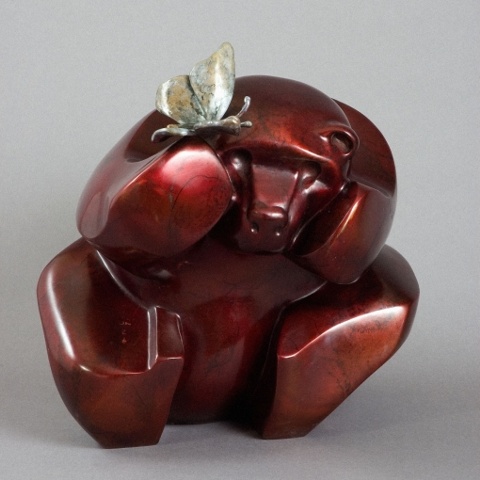 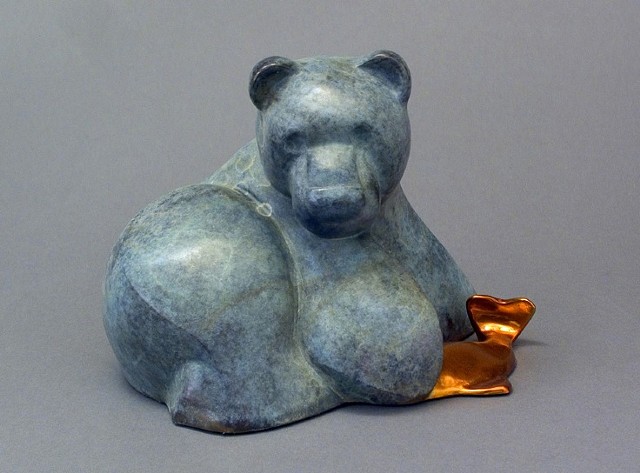 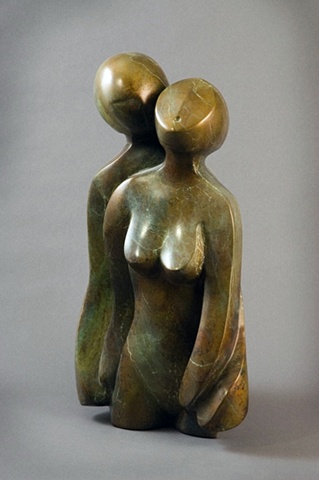 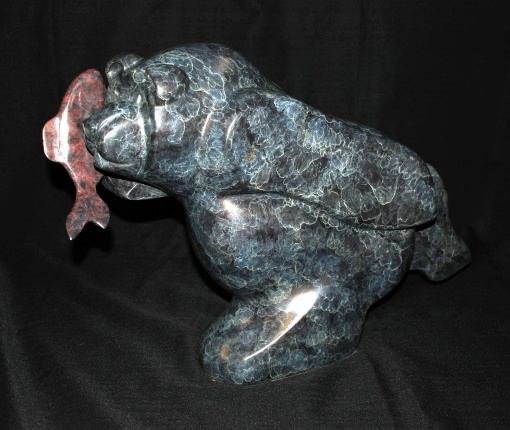 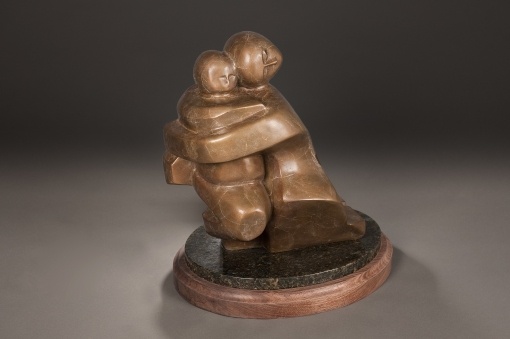 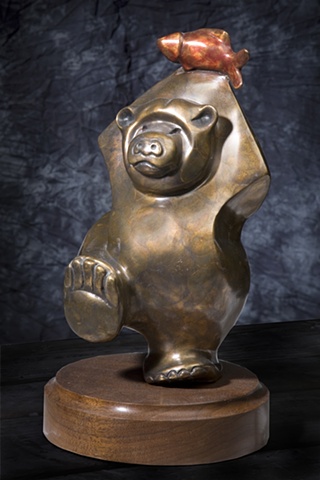 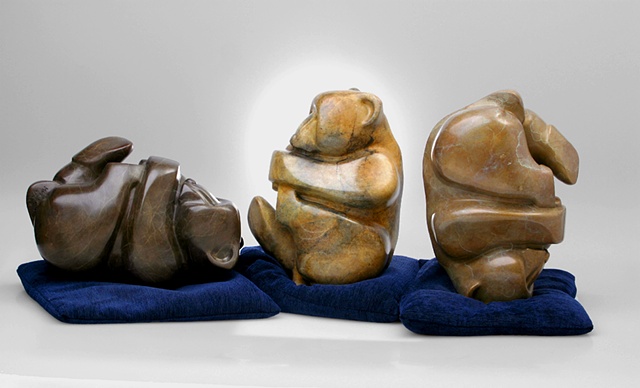 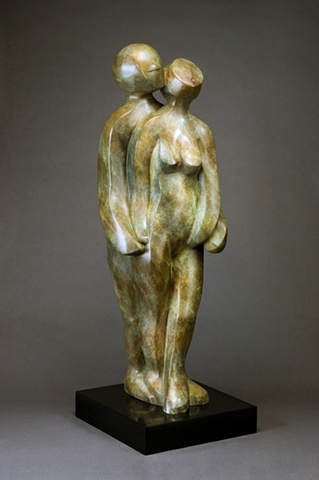 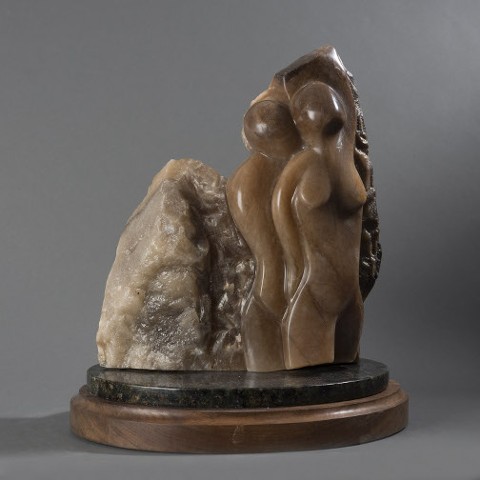 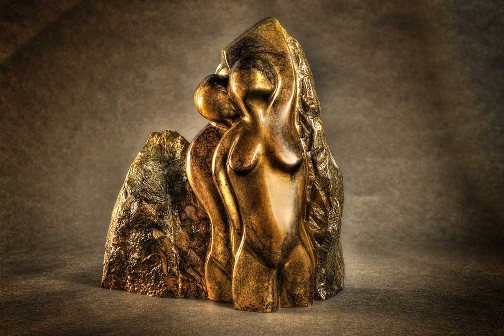 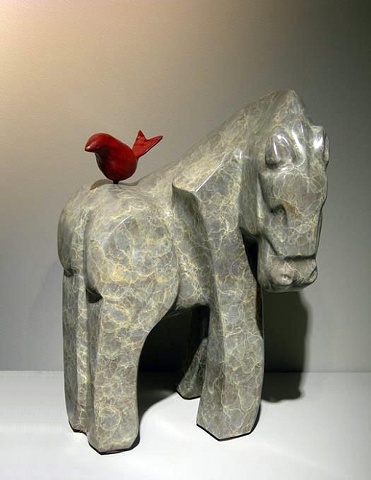 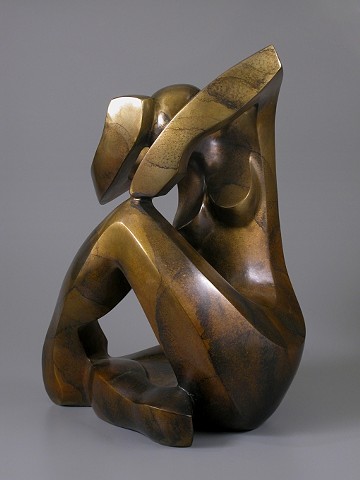 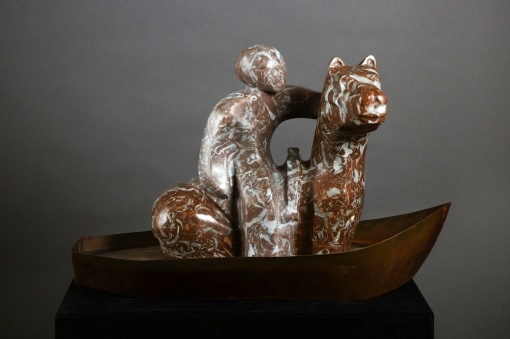 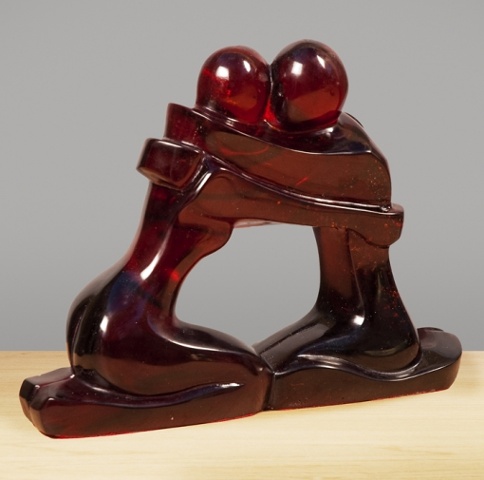 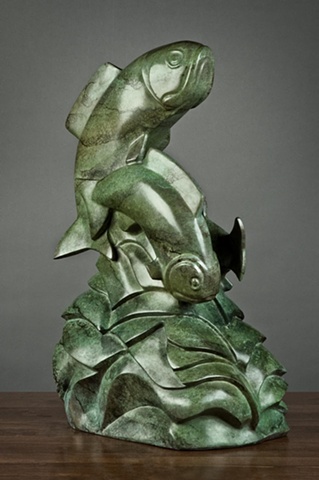