Dave Newman’s work has been featured in Phoenix Home & Garden, Southwest Art Magazine and Painters of Utah’s Canyons and Deserts.

Dave is a self-taught artist originally from Southern California, currently living in Prescott, Arizona. He creates mixed media collage constructions using his original photographs, found objects and vintage magazine articles and advertisements. In making these ‘time capsules", Dave focuses on historic locations, recycled objects and brings a sense of nostalgia to his work.

One of the unique aspects of Dave’s work is his ability to do commissions for clients who want specific themes or personal items incorporated into a piece of art. For example, Fender Guitar’s Custom Shop has worked closely with Dave on numerous guitar sets. He also created the original artwork for PF Chang’s Rock ‘n Roll Arizona Marathon in 2004 and has continued to do so every year since.

McHenry National Park, Warner Brothers Records and many others.

Artist’s Statement “My collage work is heavily influenced by life’s objects – signs, buildings, music, advertisements and nostalgia. Sometimes my art begins on the side of the road where I’ve found an interesting object. I search garage sales, junkyards and antique swap meets for items I can work into a painted collage construction. I use photos I’ve taken, acrylic paint, wood, metal, silkscreened images and found objects to weave a story with my art. I want people to draw their own conclusions when looking at my work. I want them to look and look again because there is always something else to see.” 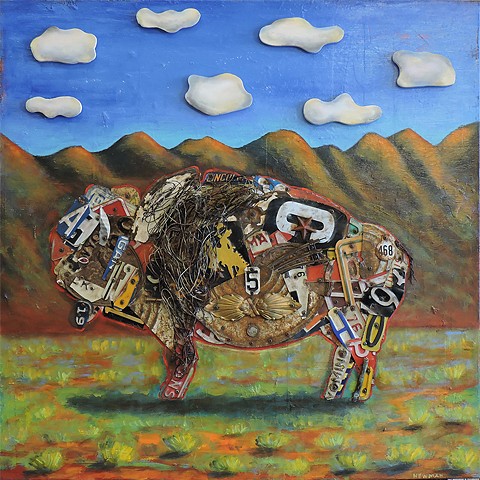 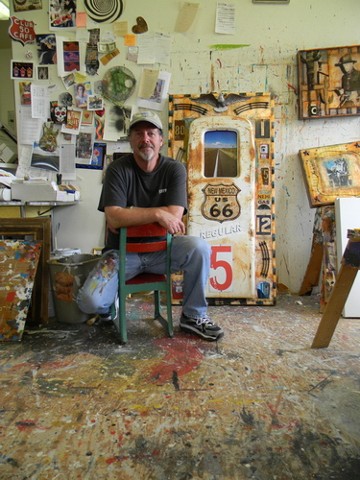 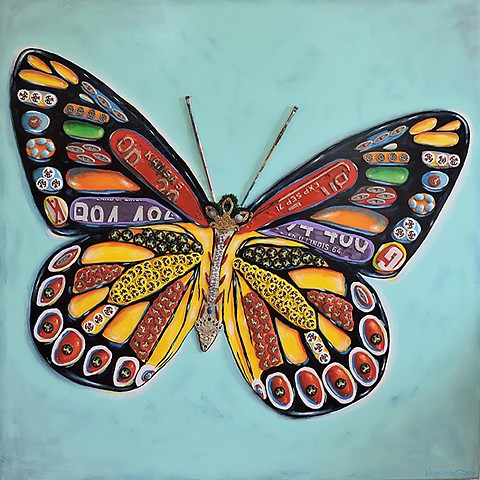 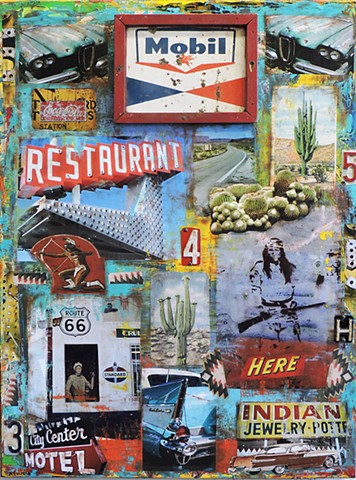 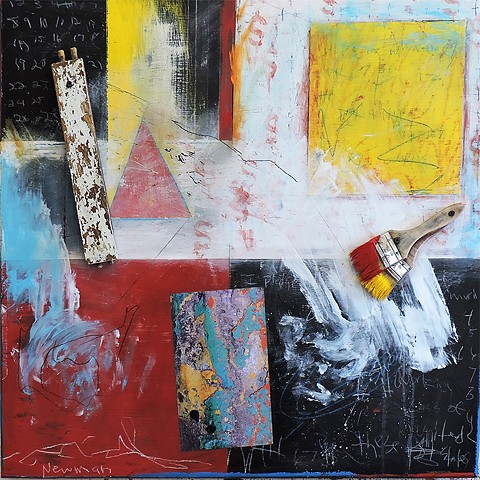 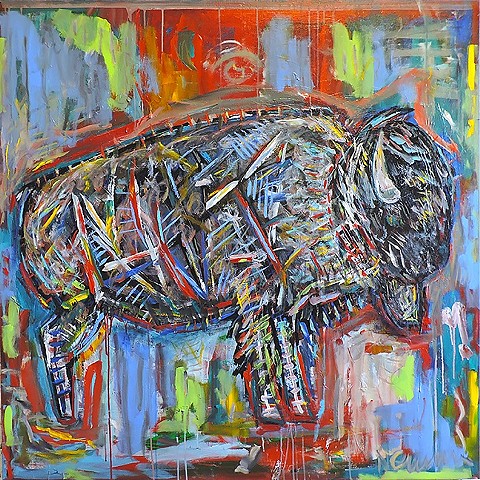 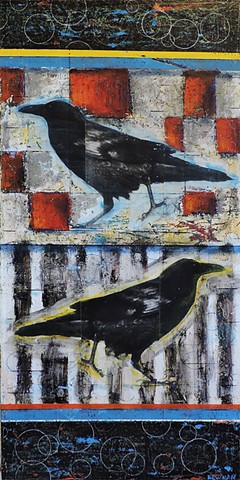 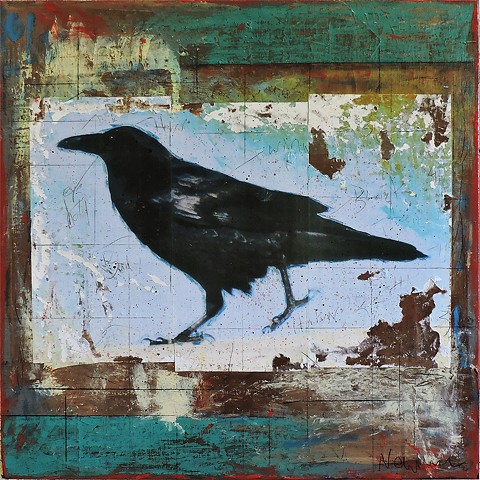 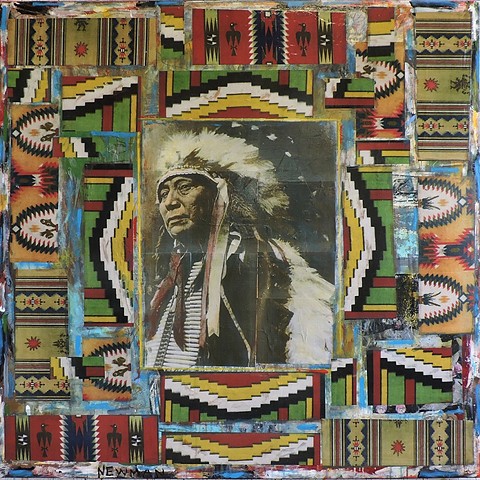 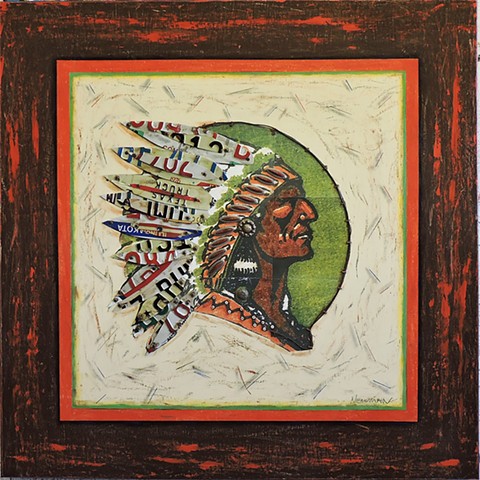 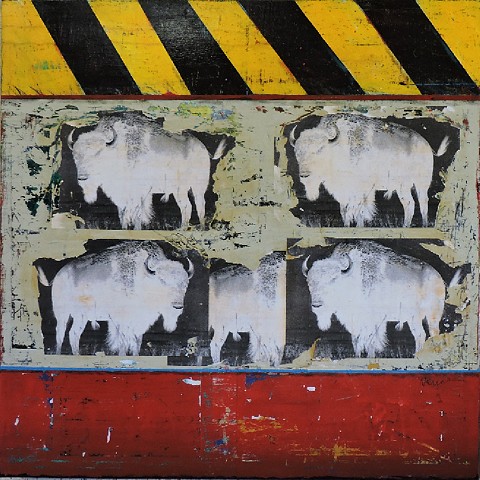 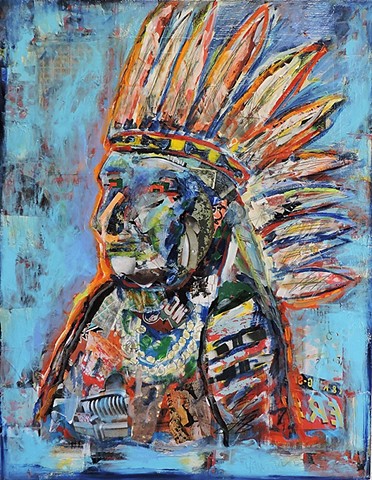 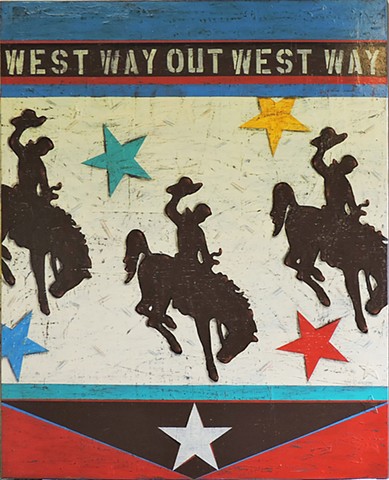 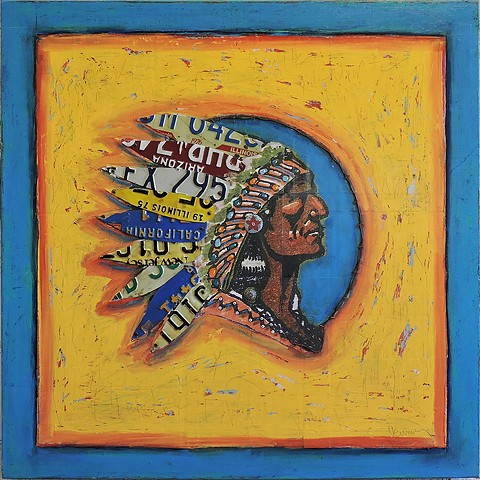 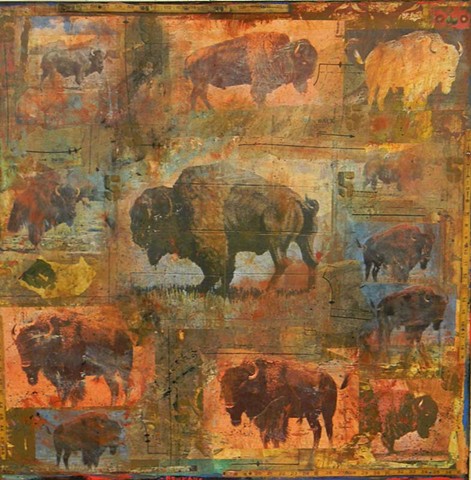 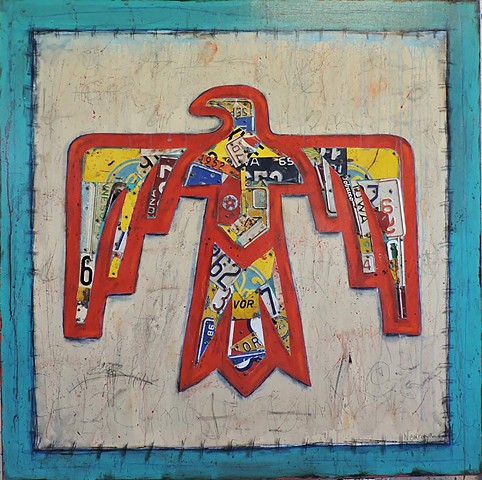 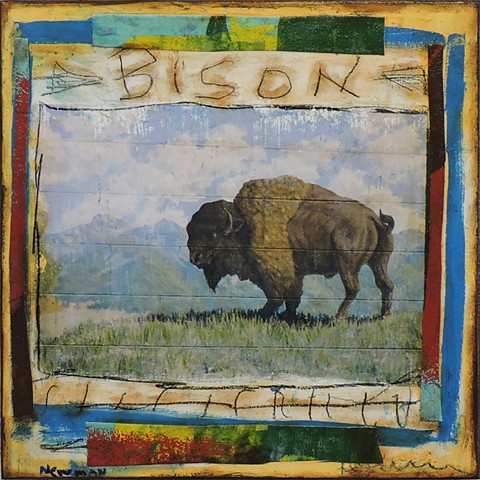 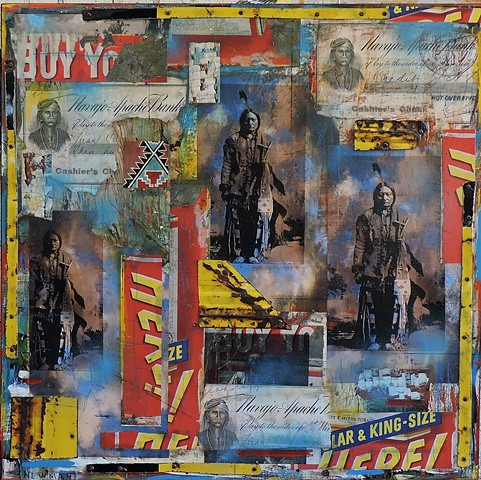 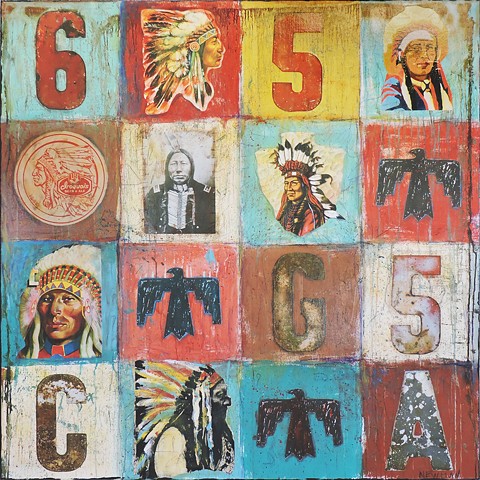 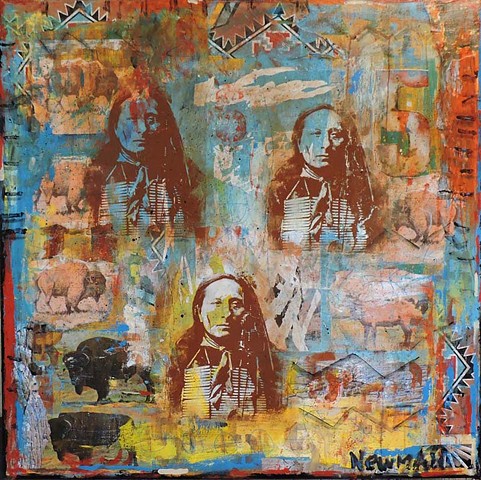 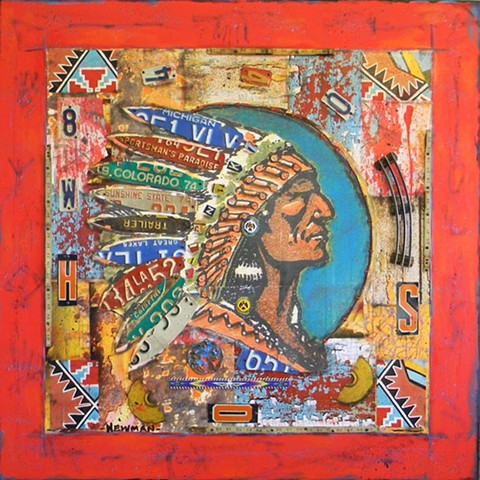 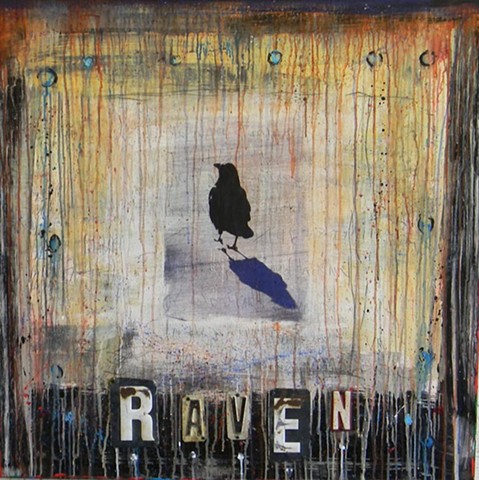 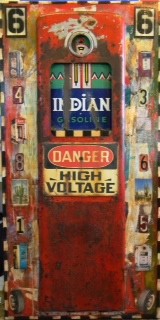 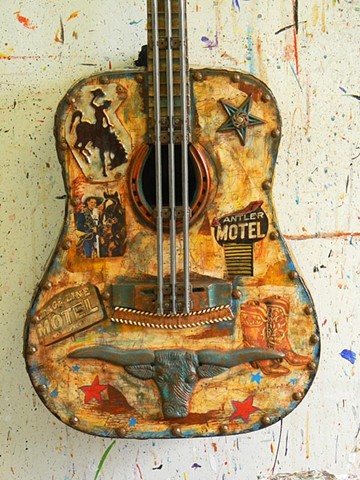 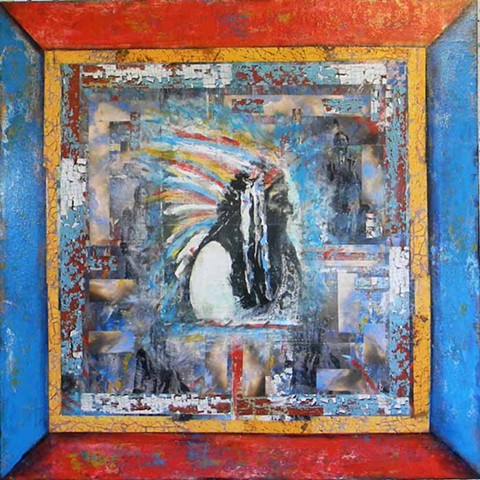 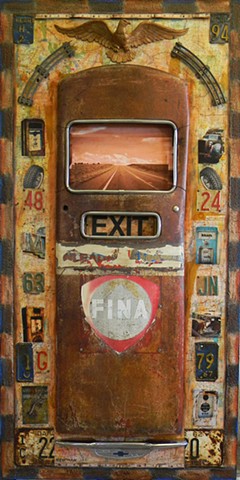 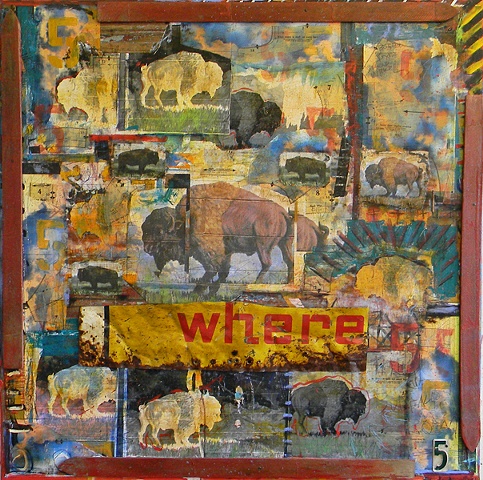 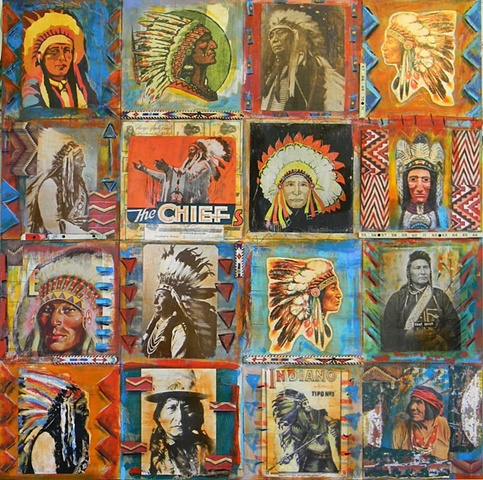