His initial images were of solitary diners, truck-stops, and motorcycles all placed in dramatic vistas of the American Southwest, that called to mind the freedom of the open road. Bruce’s bike paintings were included in the opening of Chicago’s Field Museum’s “Art of the Motorcycle” Show.

Cascia’s work is included in a number of corporate art collections such as Oscar- Mayer, DDB Needham Worldwide, and Pearlnesco, as well as the private collections of Jay Leno, Dennis Hopper, and Peter Fonda.

Bruce often donates work to various Charities such as the Boulder Humane Society, Children’s Memorial Hospital and the Glenview Historical Society. His “Dogs in Pick-ups” series, inspired by small town main street, grew out of his association with the Boulder Humane Society. His “Illinois Flatlands” series, evoking a more contemplative mood, was inspired by Central Illinois commutes. 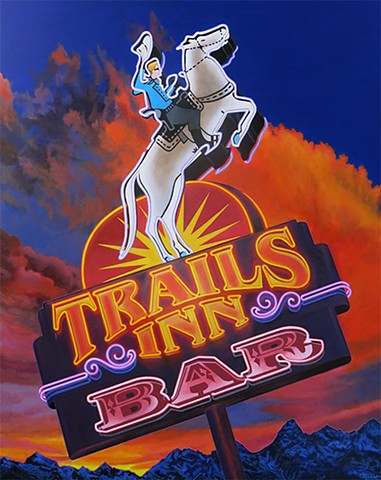 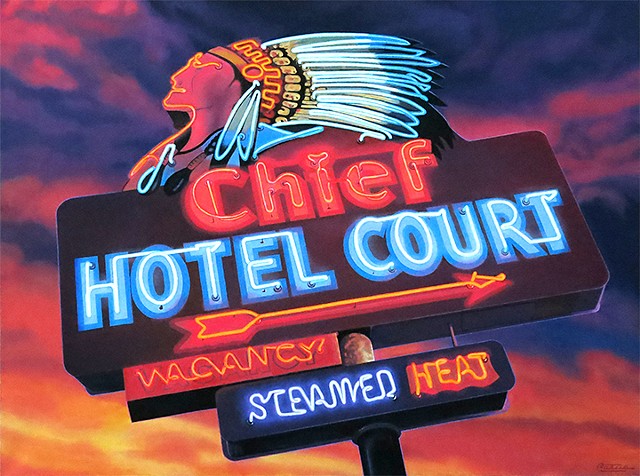 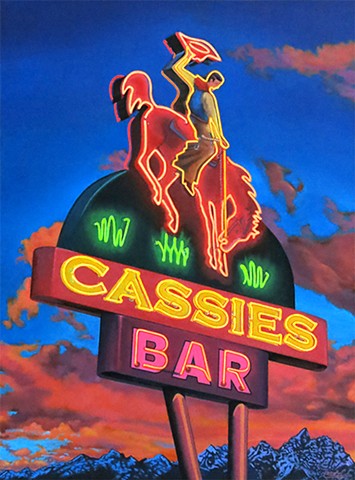 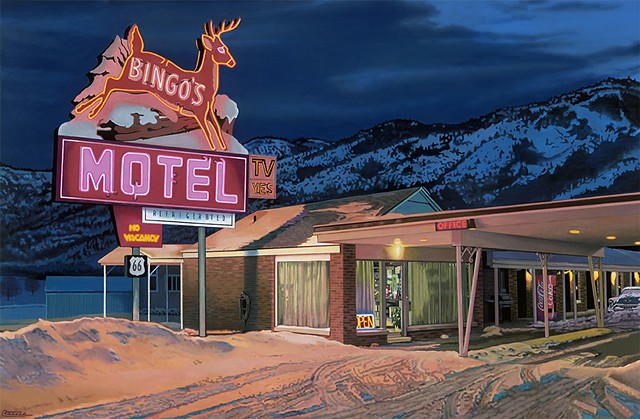 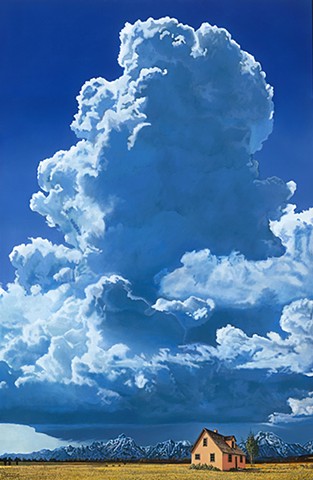 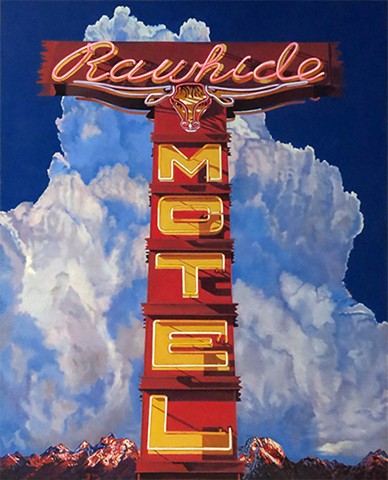 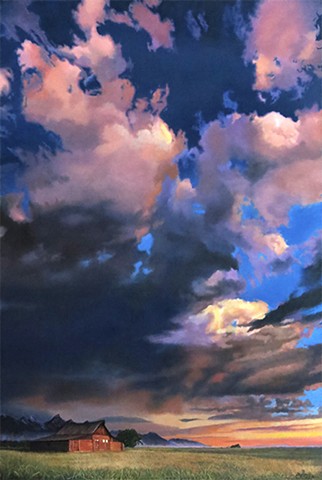 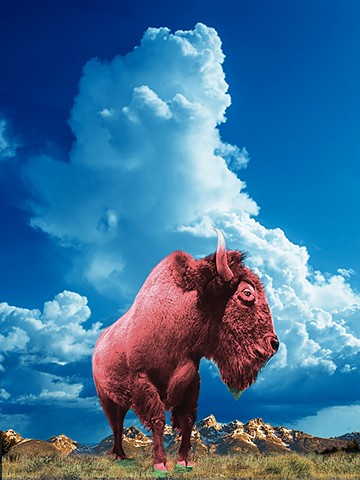 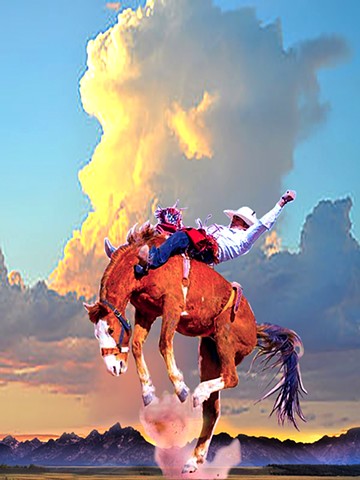 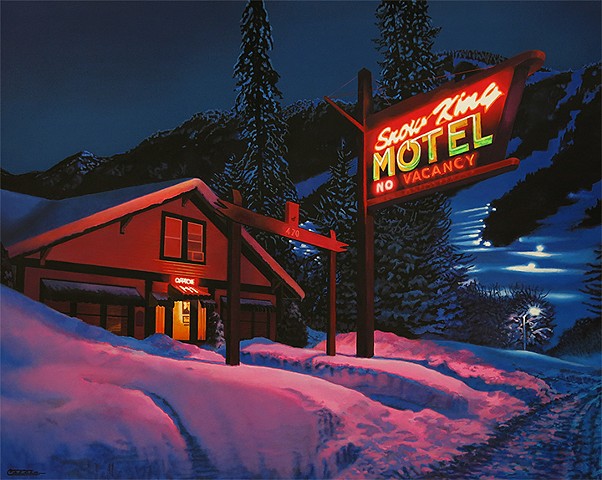 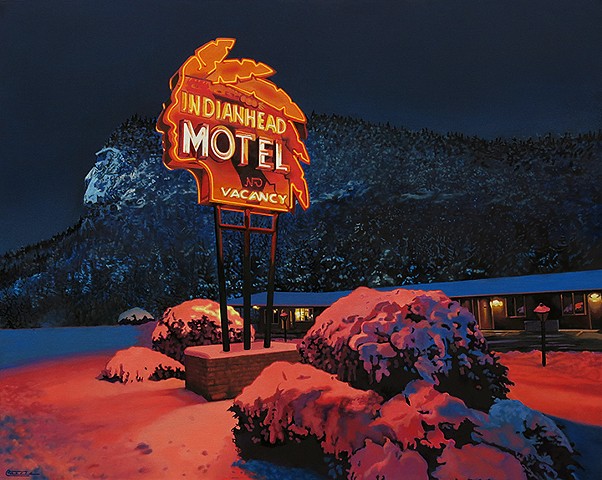 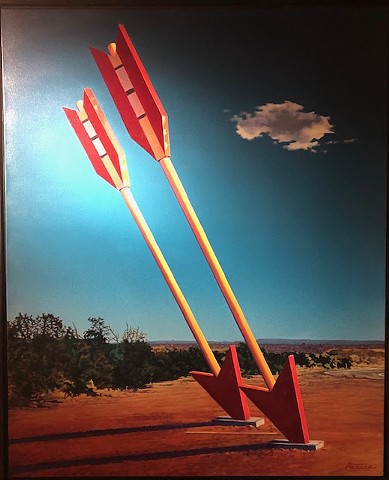 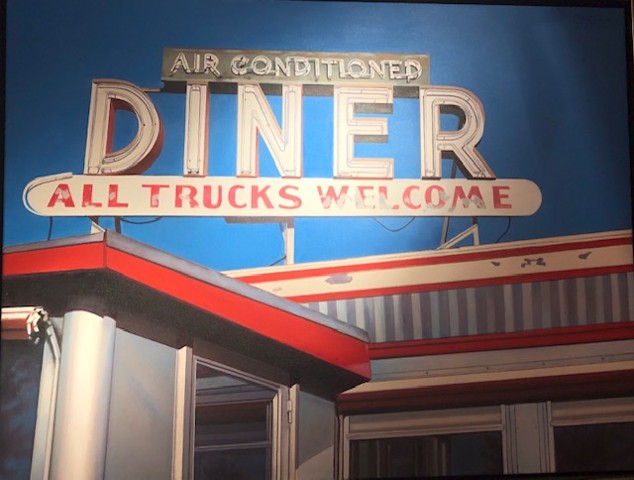 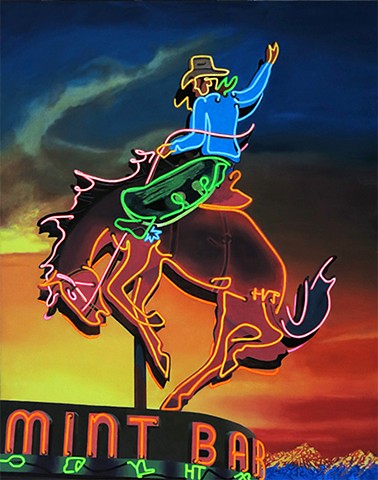 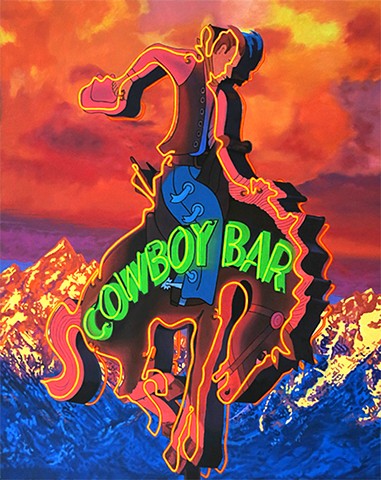 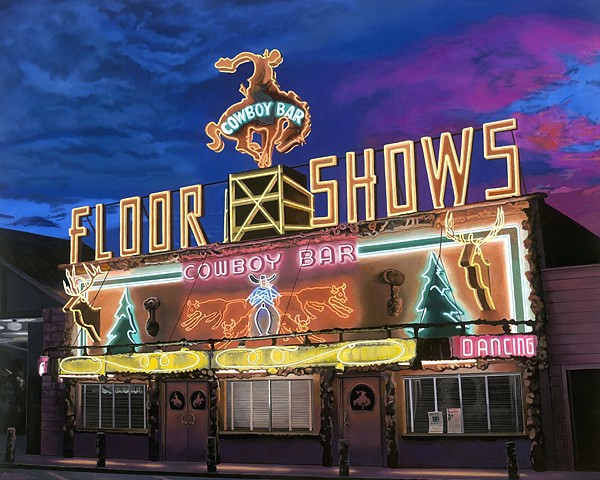 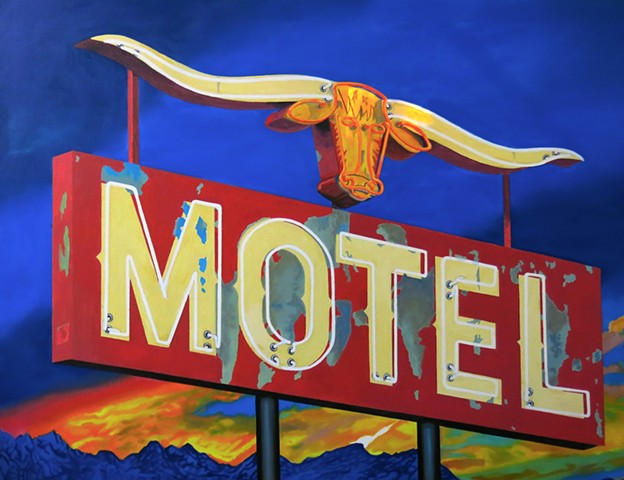 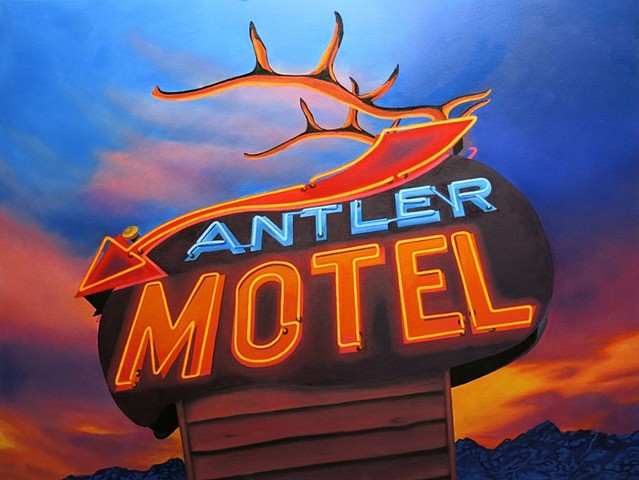 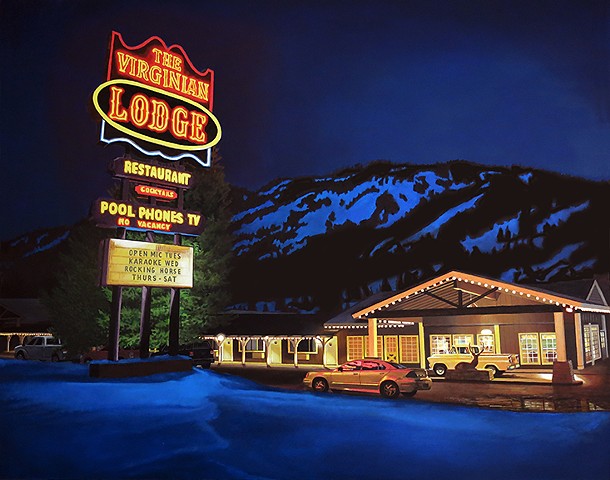 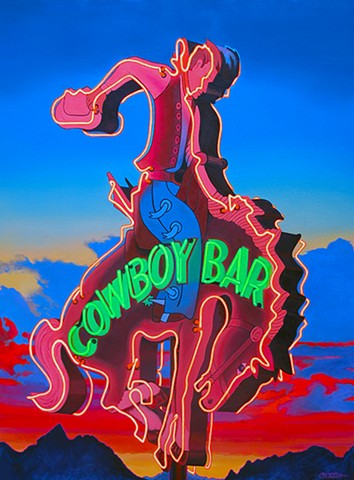 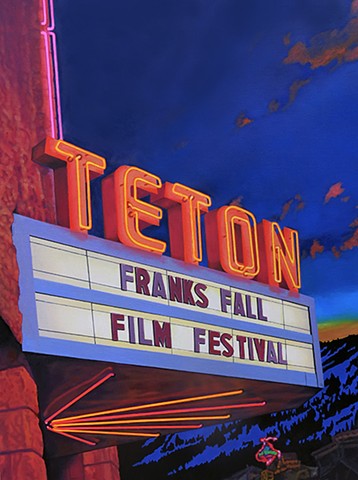 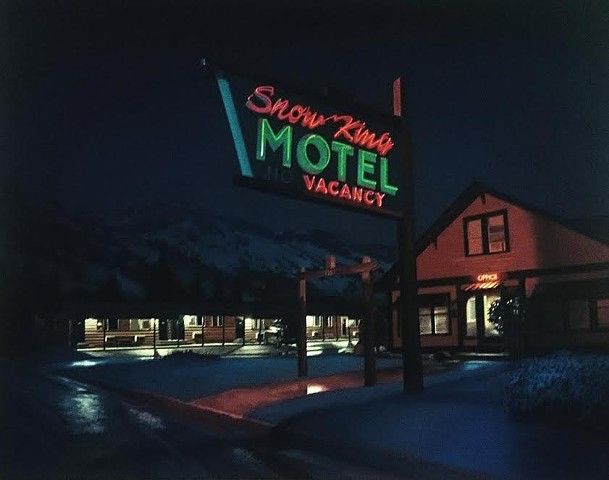 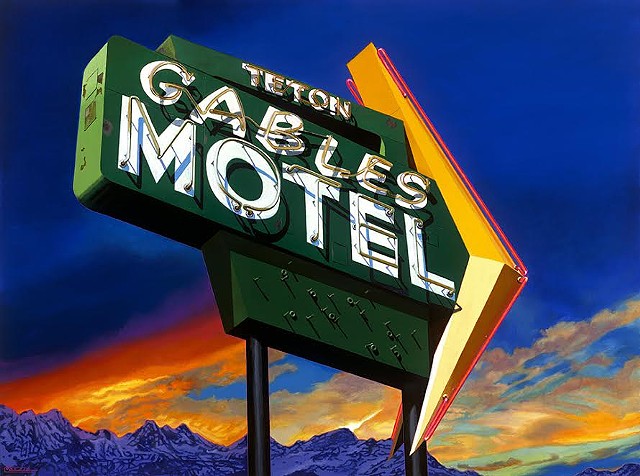 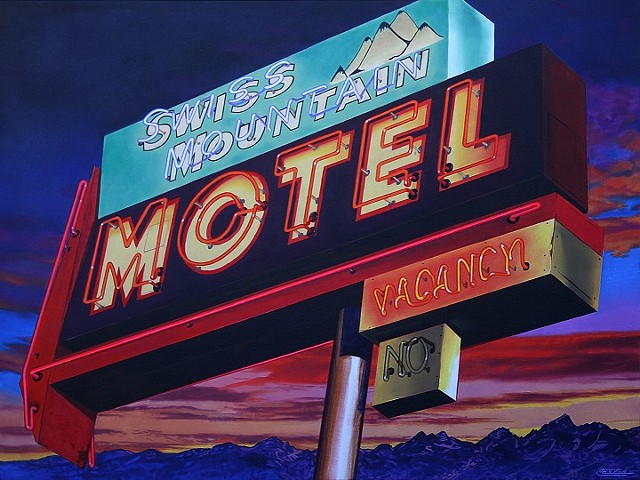 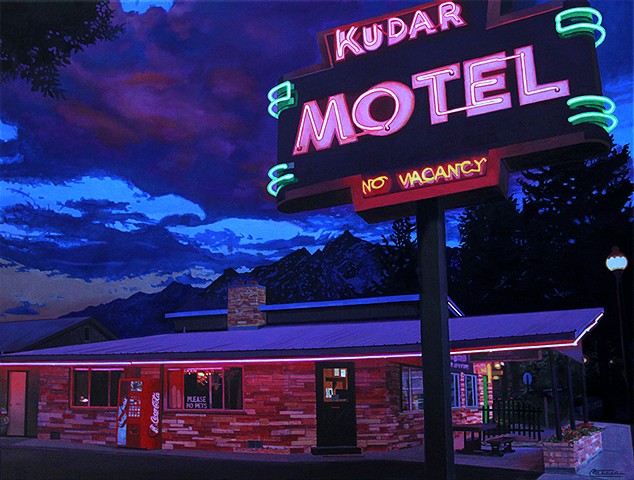 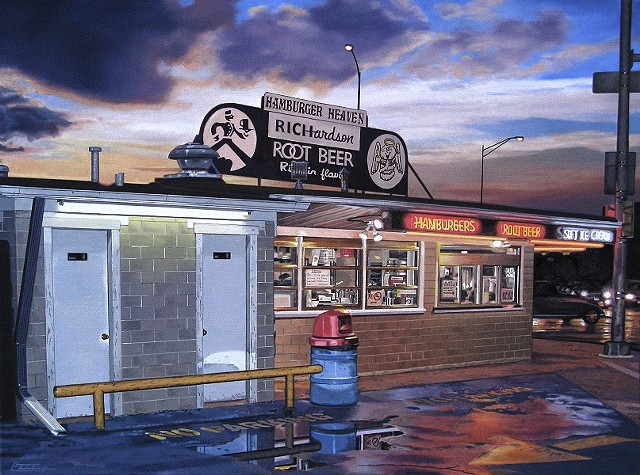